Went on an overnight camping trip on friday night (10/9). Found a great camping spot off the road. In the morning we were going to drive up to the top of lost canyon (only to the end of the MVUM). However well before we got there we saw a couple of odd signs saying the road was closed, private property patented mining claim. There does appear to be private property/mining claim up there, but the MVUM (https://www.fs.usda.gov/Internet/FSE_DOCUMENTS/fseprd681154.pdf) passes through this. The road was even blocked off with a chain between a concrete block and a tree. I am a bit suspicious of this being someone trying to close a road that is supposed to be open or protecting their "private" hunting grounds. 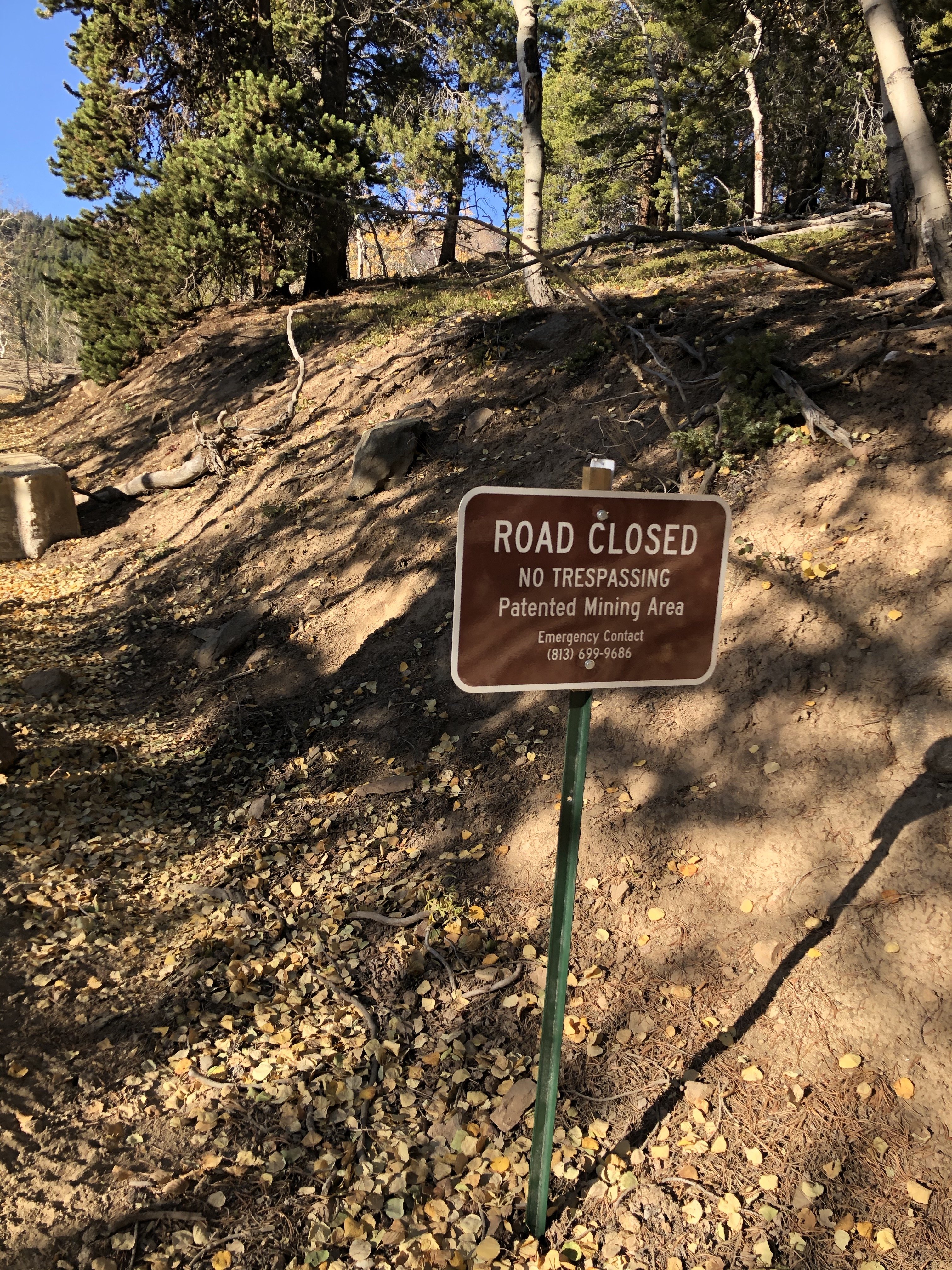 Is this something where I should make an inquiry to the local ranger station?
The Silver Bear - 2000 UZJ100
Brian Michel - KE0RIO

Since the gate sounds ramshackle and the phone number points to a non-fixed VoIP number (probably a Google Voice number) with a Florida area code I'd say it's not really a legitimately placed warning sign in the middle of a FS road. The no trespassing should be respected and AFAIK they'd have to post contact information and probably stake the claim, though.

The MVUM was updated October of 2019 and is generally the authority, so you'd probably be in the right if you took bolt cutters next time. If nothing else you want to protect the tree which isn't supposed to stand in for a properly set post after all.

It's ironic, though, most times it's the miner who complains that that USFS or BLM will close a road and shut them from accessing their claim.
Last edited: Oct 11, 2020
David, ACØVH
'91 Pickup - Imelda
'08 Tacoma - Donna

"Resolve to serve no more, and you are at once freed." -- Etienne de La Boetie
A

Reach out to the area ranger station. Let them know where it is and send photos. I recently had to do this on a local road here and they were happy to help. I emailed them a mvum map with the location of the closure located on a mapped open road and a few photos. They emailed right back letting. Me know they’d work with the sheriff to figure it out
Marco Capote
TLCA# 17687
KDØGWX
97 FZJ80, 82 FJ40, 2010 Tundra
You must log in or register to reply here.
Share:
Facebook Twitter Reddit Pinterest Tumblr WhatsApp Email Share Link
Top