We took three trucks and six people to Utah and had a great time in the Maze. We stayed at Panorama Point, the Doll House (1), and a spectacular spot on BLM in Hatch Canyon.

The trip was hot, with temperatures up to 108 F. We also had some mechanical drama: lack of fuel, flat tires, and other smaller issues that truly made this a great adventure.

The crew was great, and all got along well. @Romer , Daughter of Romer (Rachel) , @Ann, myself and two others made the trek. We did community meals and had a great mix of culinary delicacies.

Given it was Labor Day weekend, it was amazing that we saw a total of six vehicles, a Hippie chick in a van and one hunter on the BLM. This was really cool considering we covered over 200 miles in four nights. 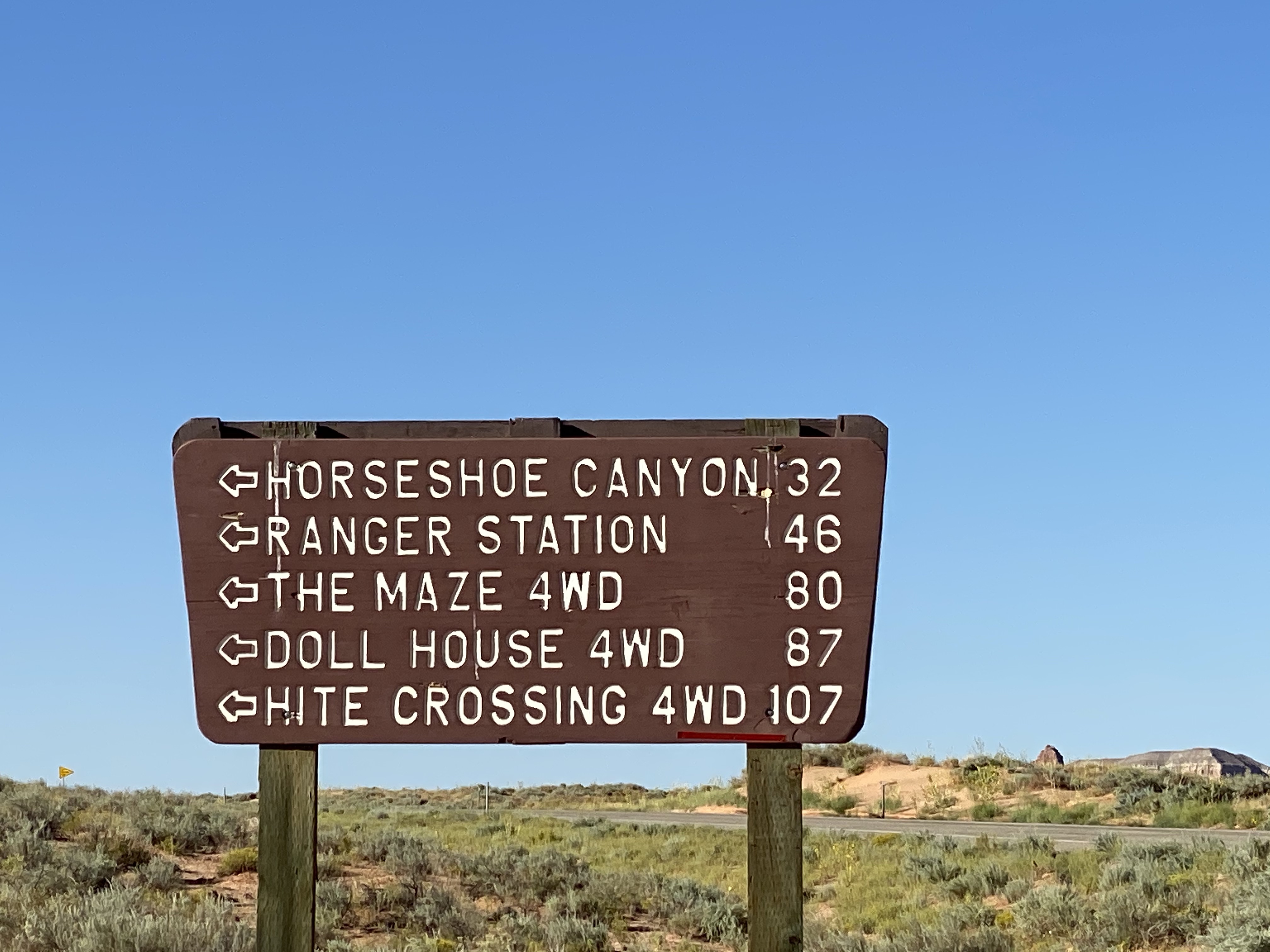 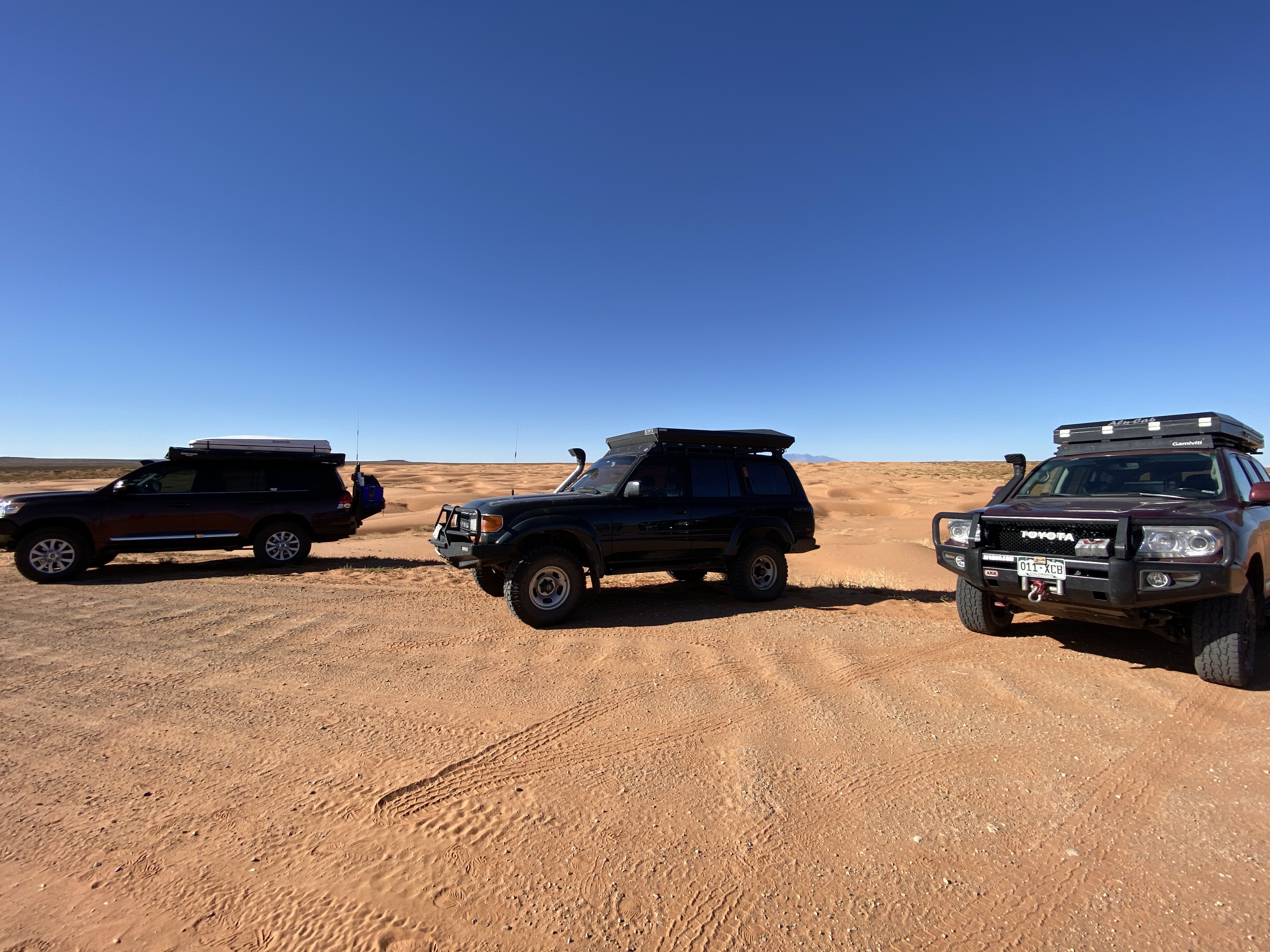 Dunes on the way into the Maze. 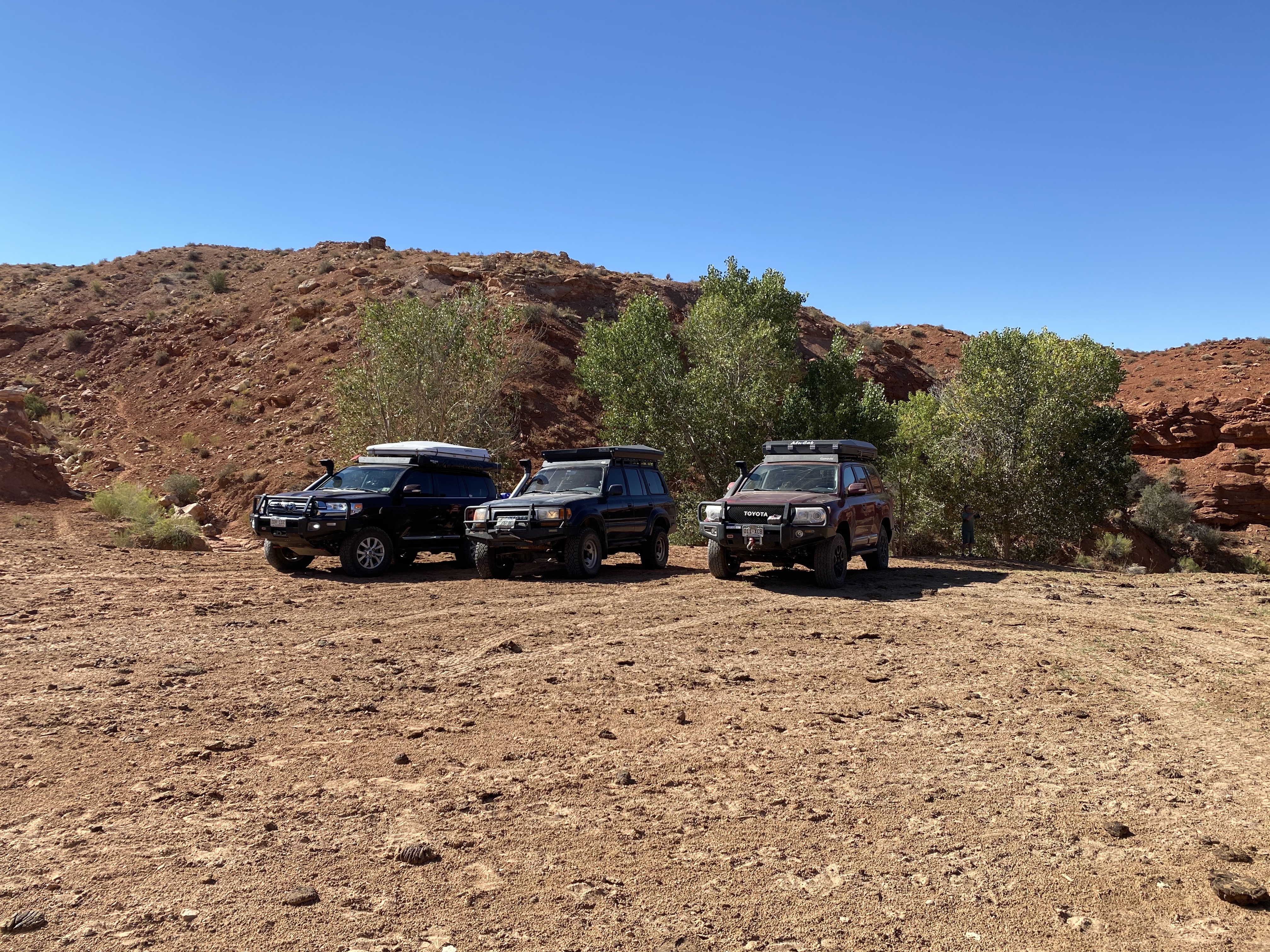 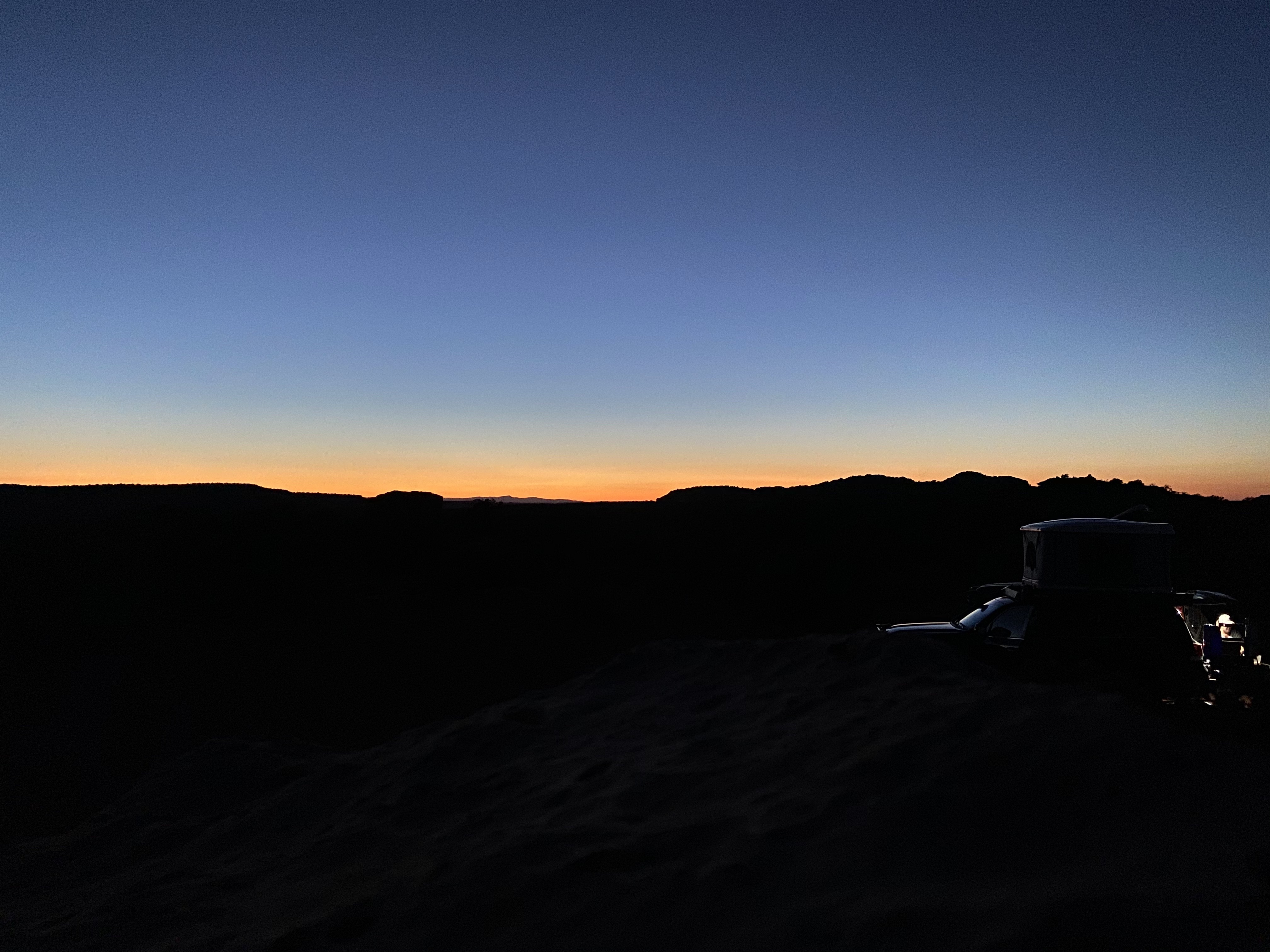 Panorama Point with 200 at Sunset. 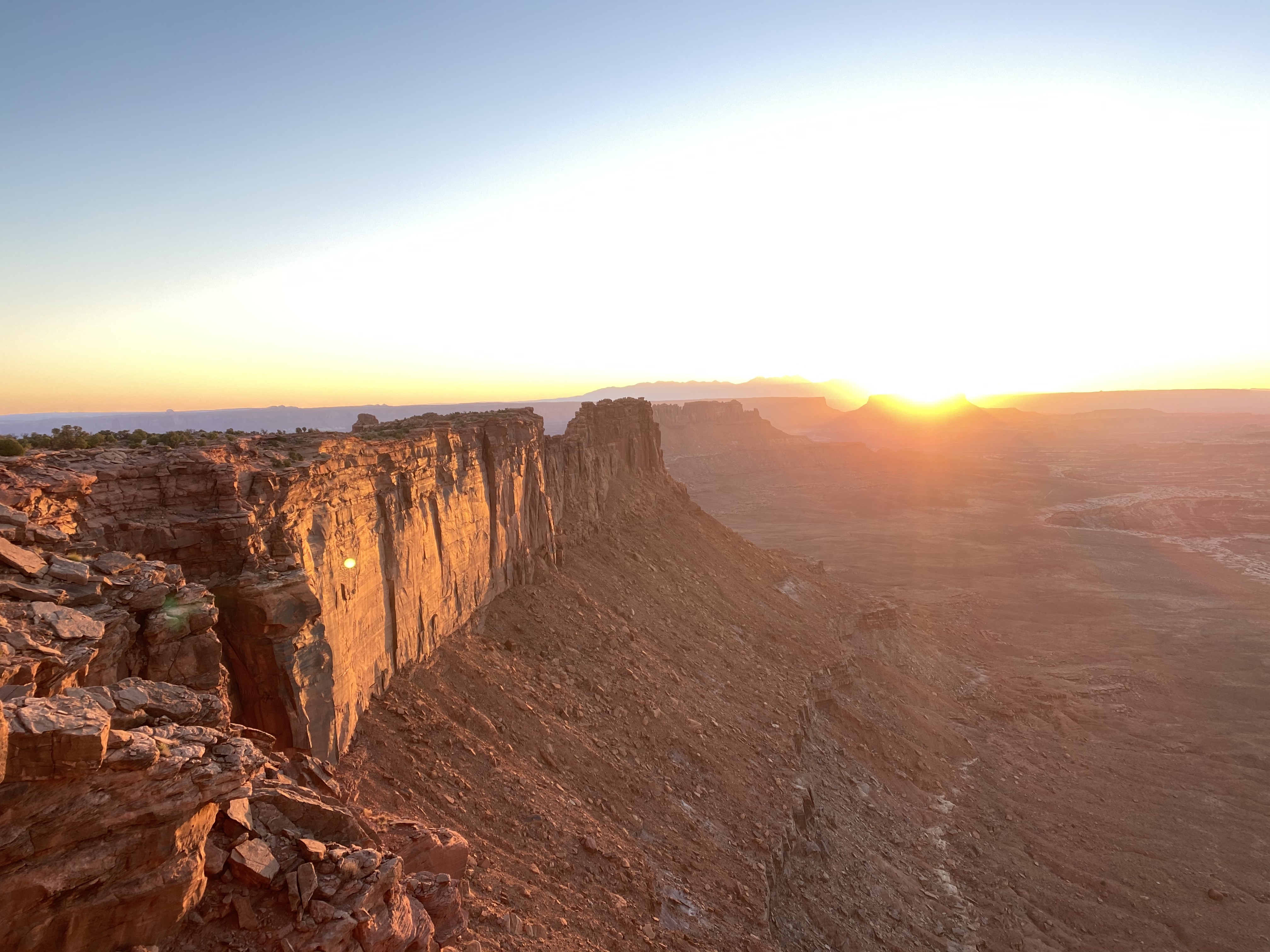 Panorama Point at Sunrise with La Salle's in the distance. 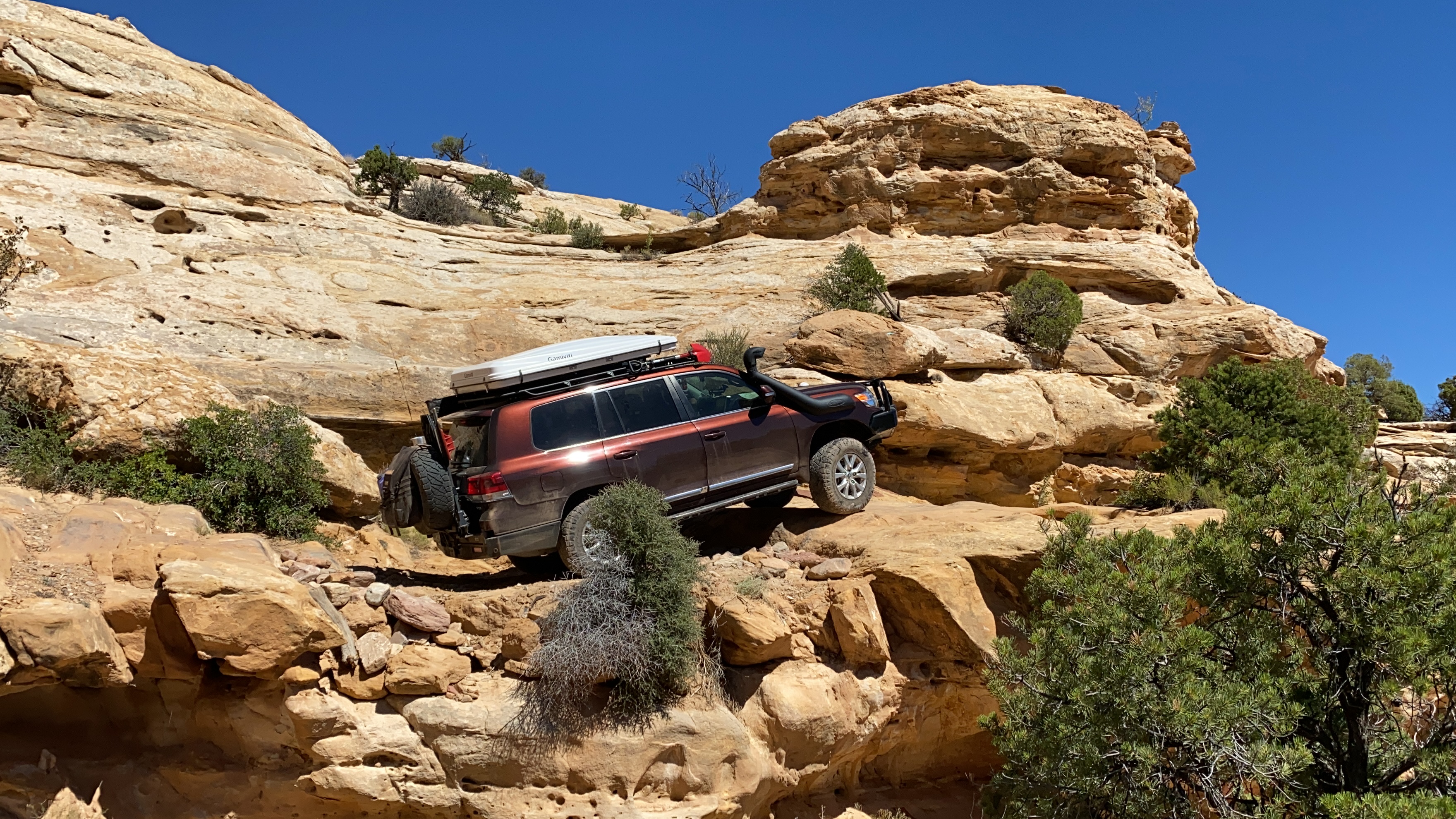 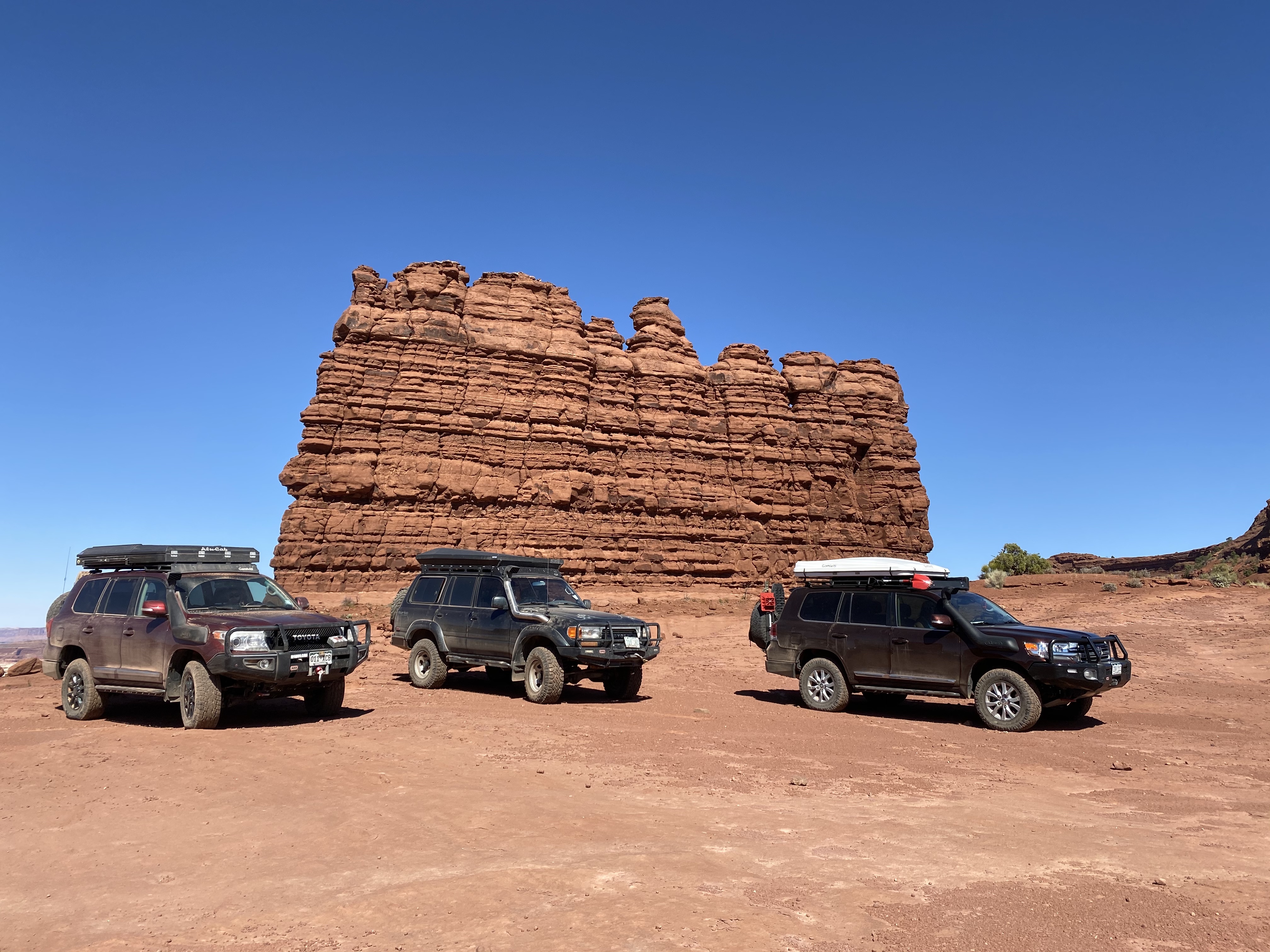 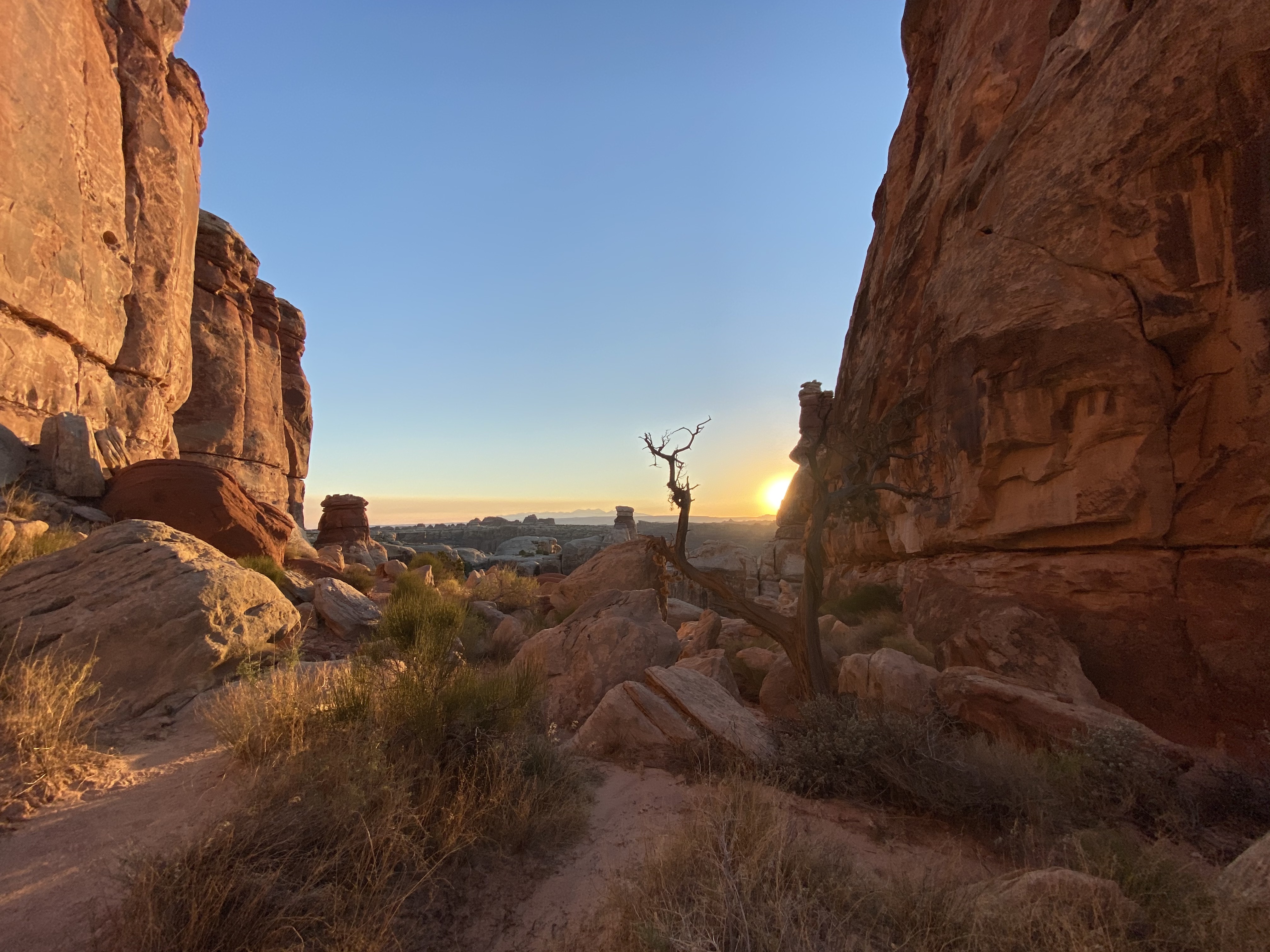 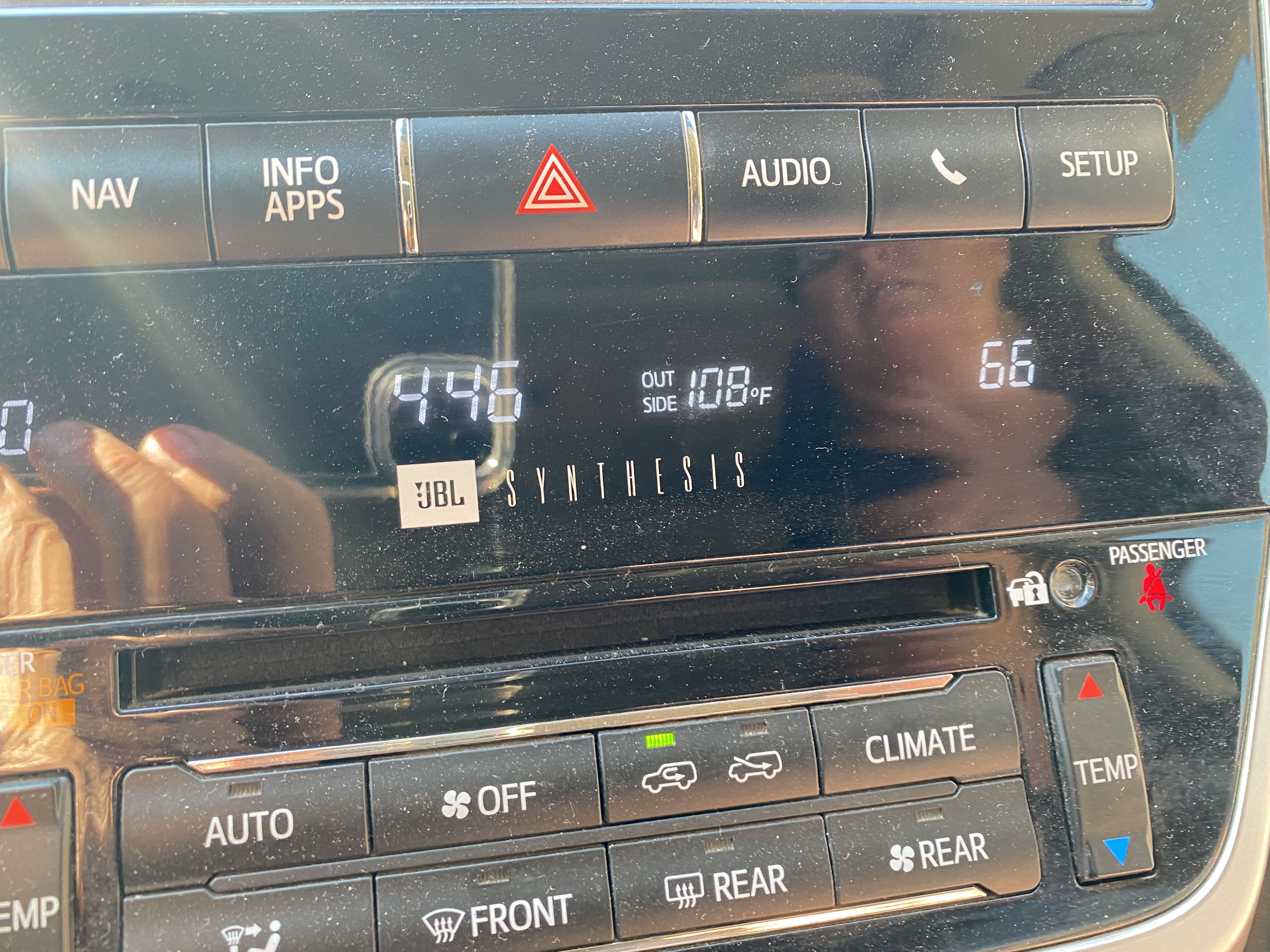 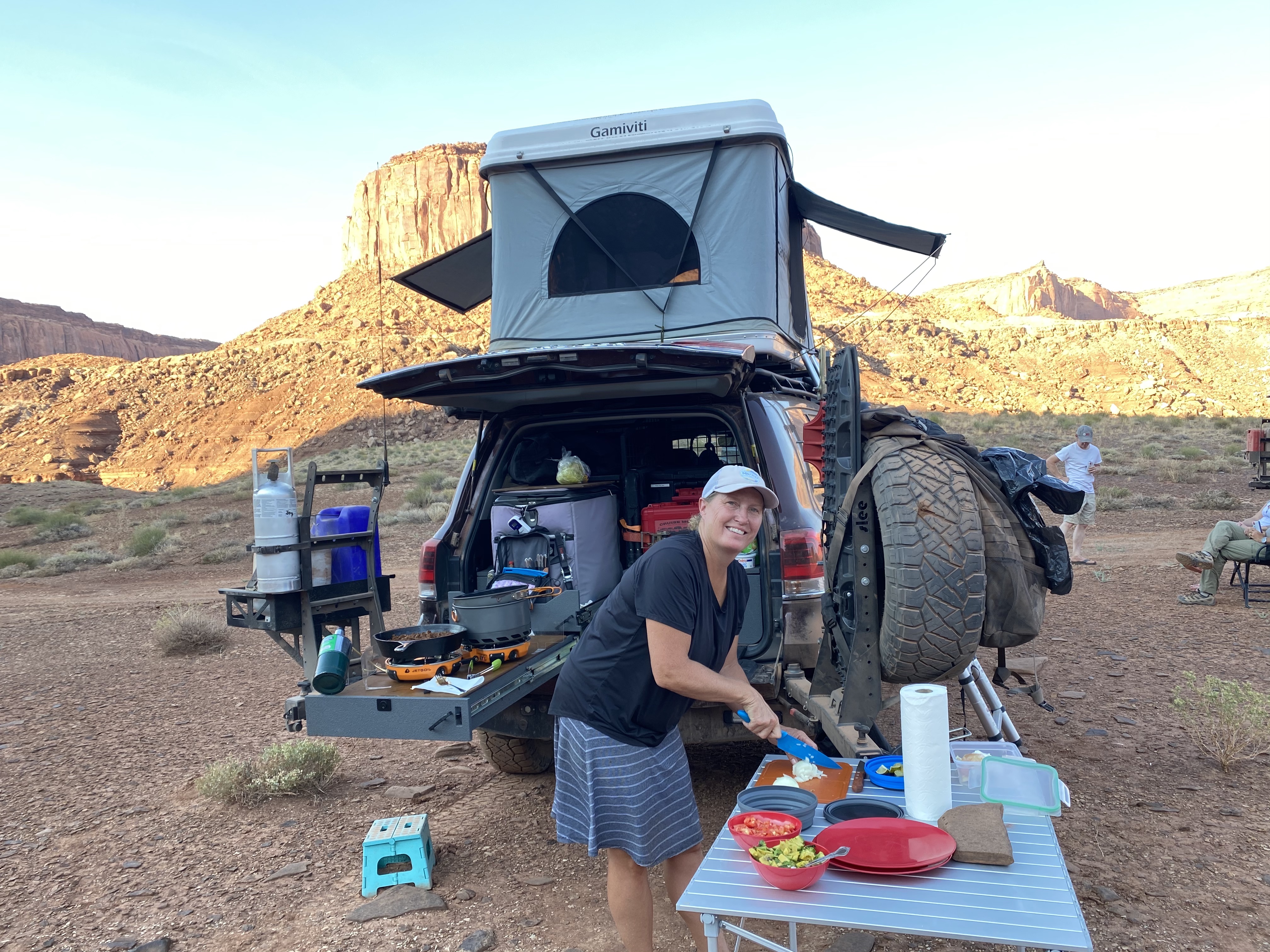 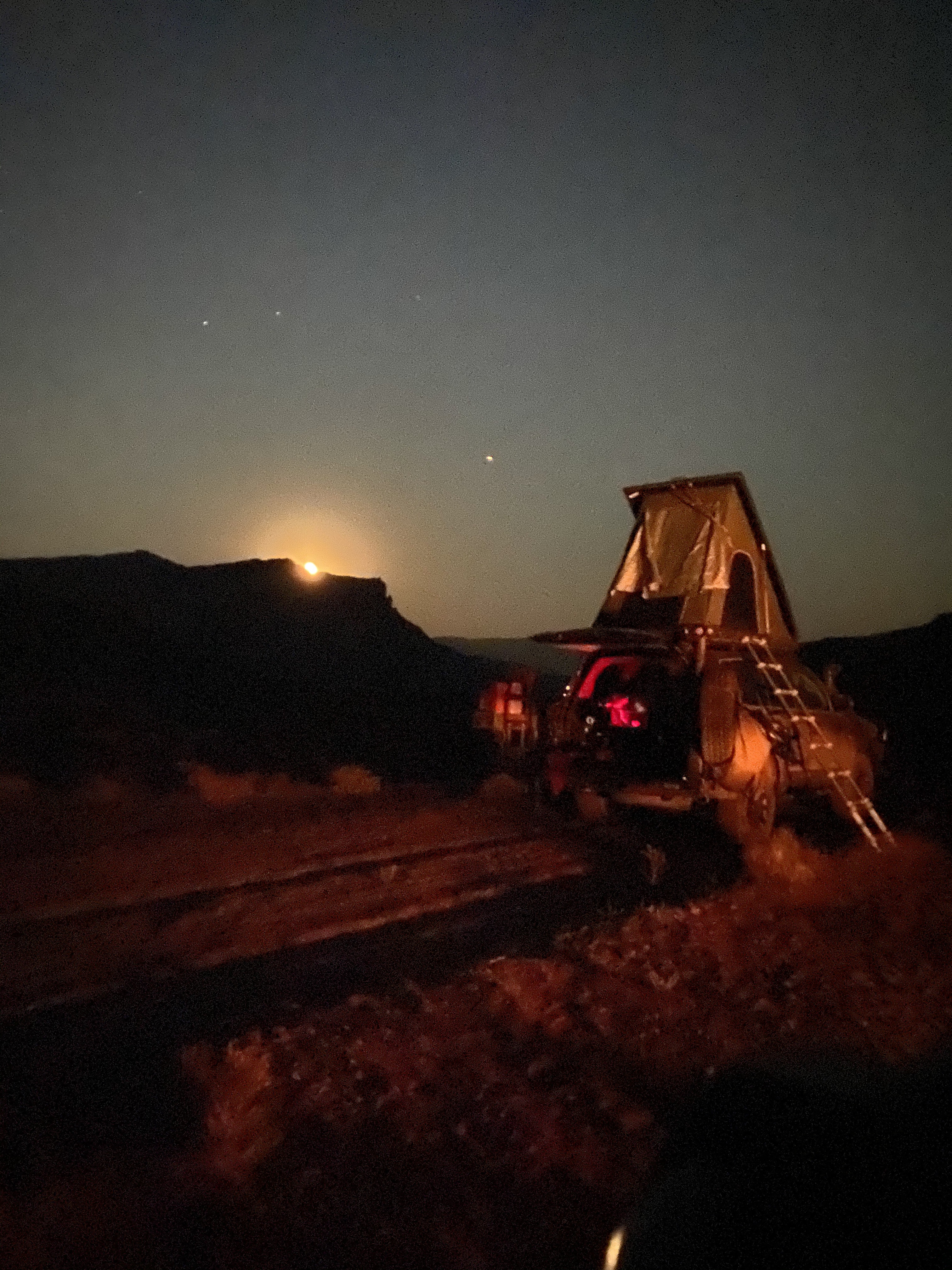 Moonrise over the Organ Pipe Campground with 200. 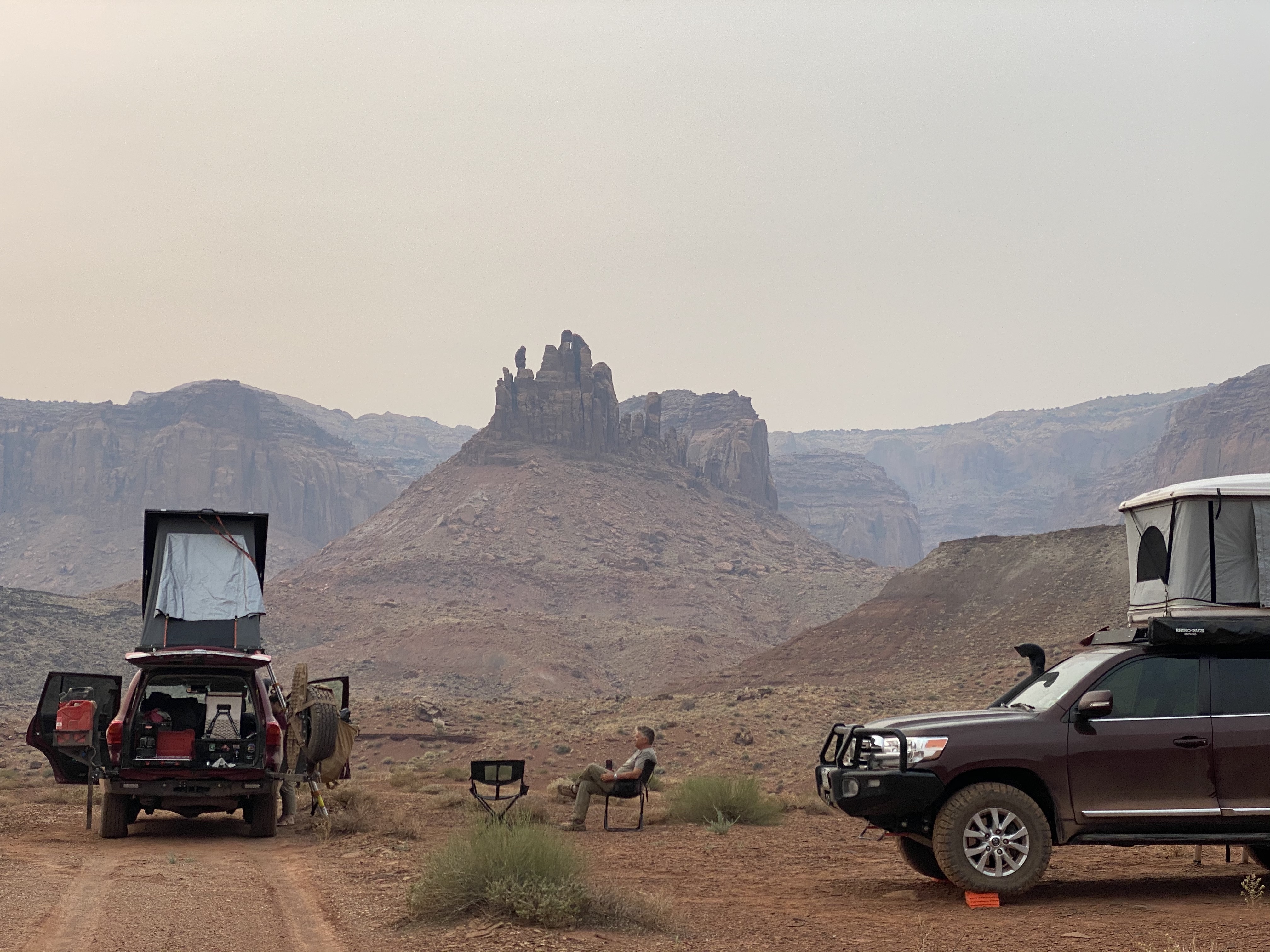 It was an awesome trip @daughterofromer and I had a great time. We could drive up and down the Dirty Devil because it was empty, dry as a bone

It was interesting to note that the high heat did use fuel at a quicker rate, or at least it seemed to. With my main tank, sub tank and gas can I had more fuel then the last time I did the maze, yet was extremely low heading out for a gas station. Something for others to be mindful of. I was still on full in Green River and elected not to stop off (Regretted it later) as I still had 36 or so gallons which was more than the 30 gallons I had when I did it before in much cooler weather. Different itinerary though probably added about 30 miles for the in maze to out drive, this included some back tracking to find a lost water can. 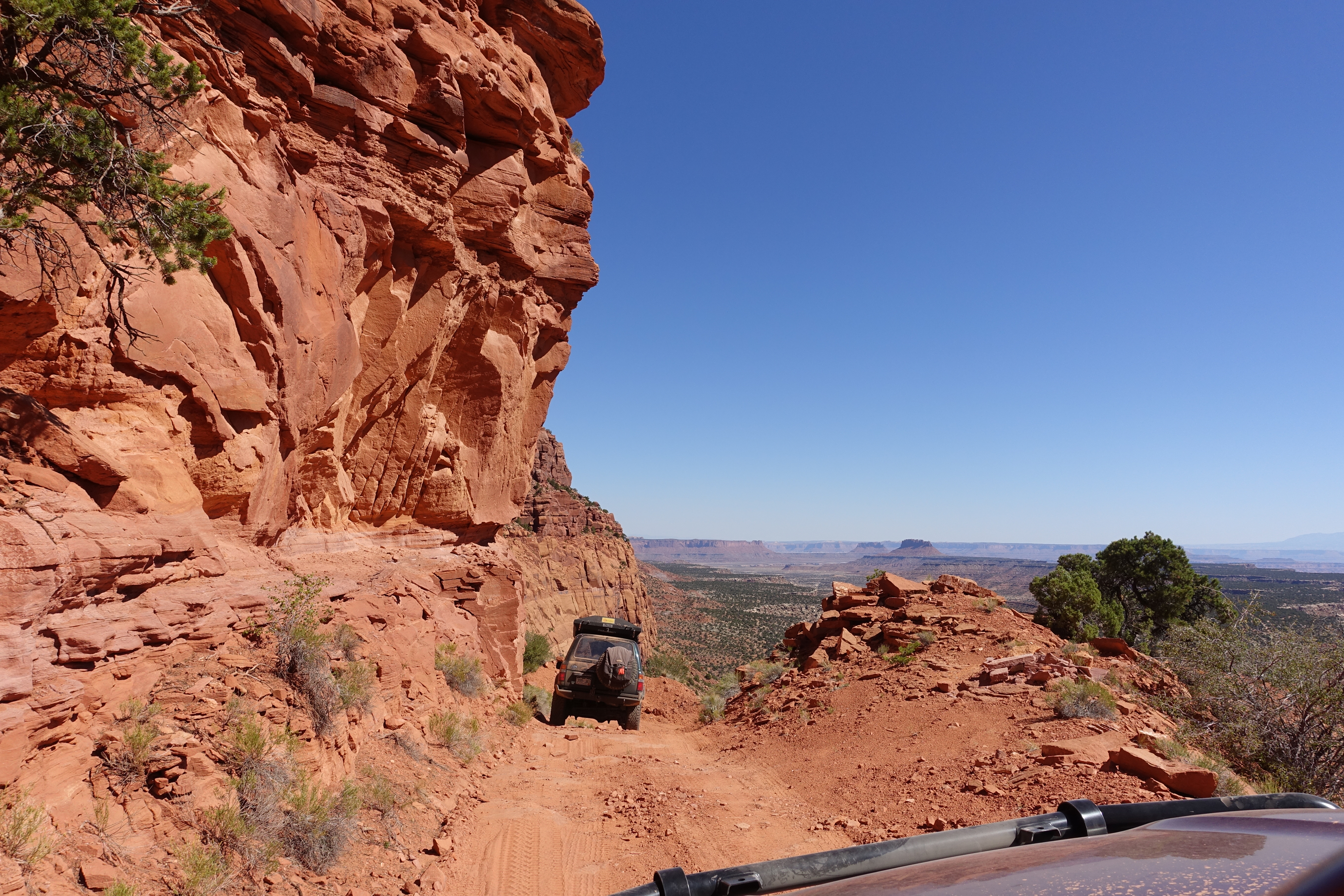 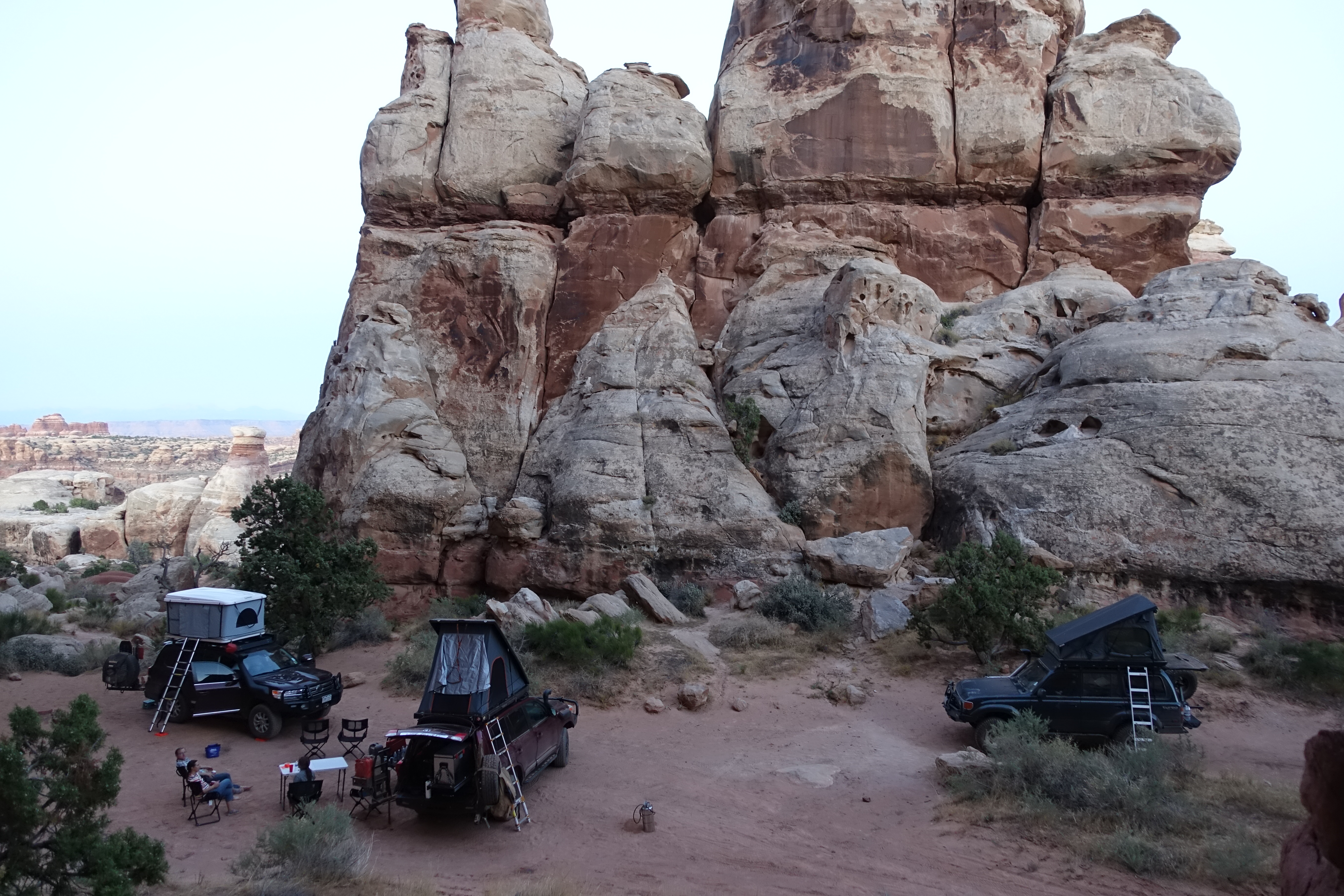 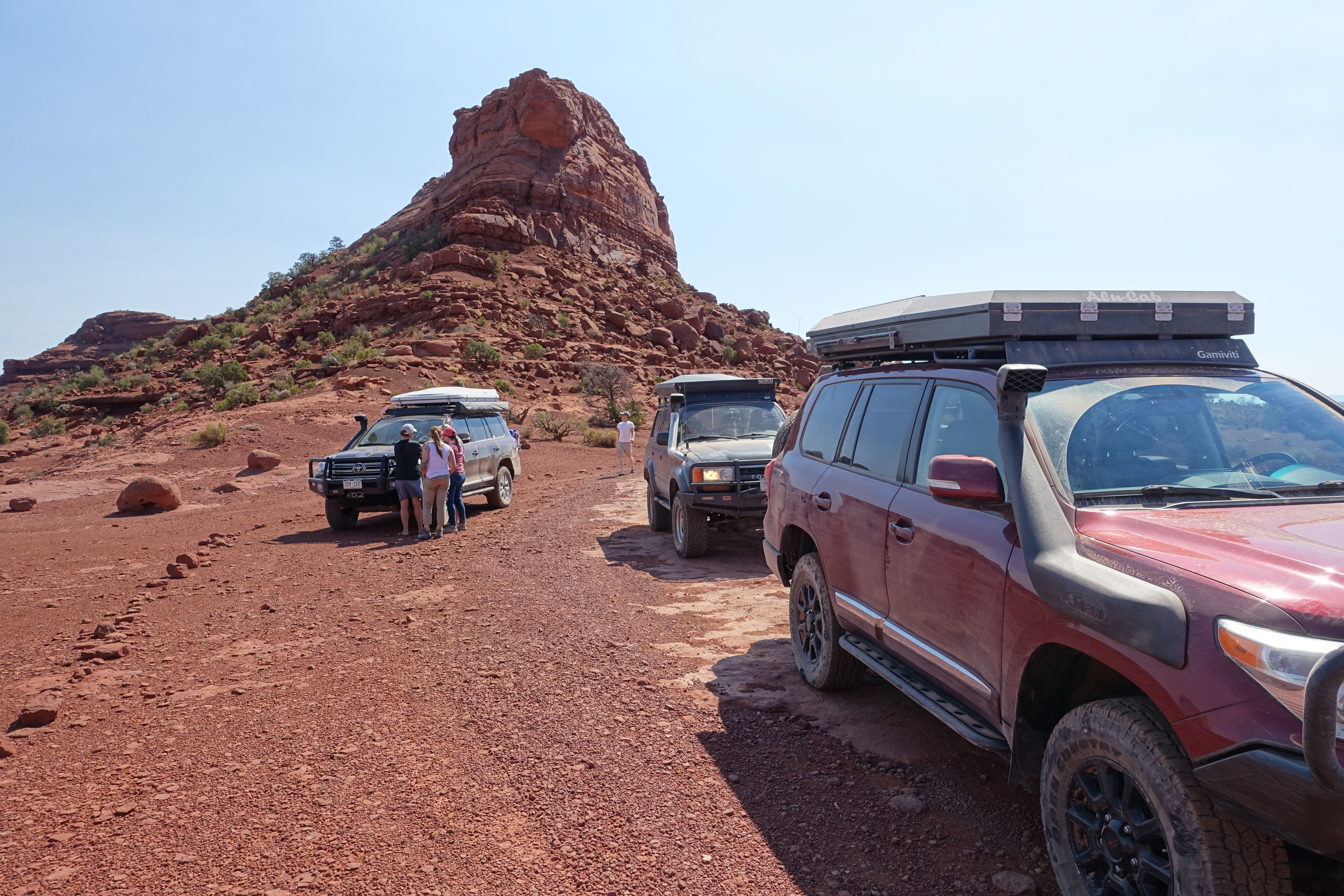 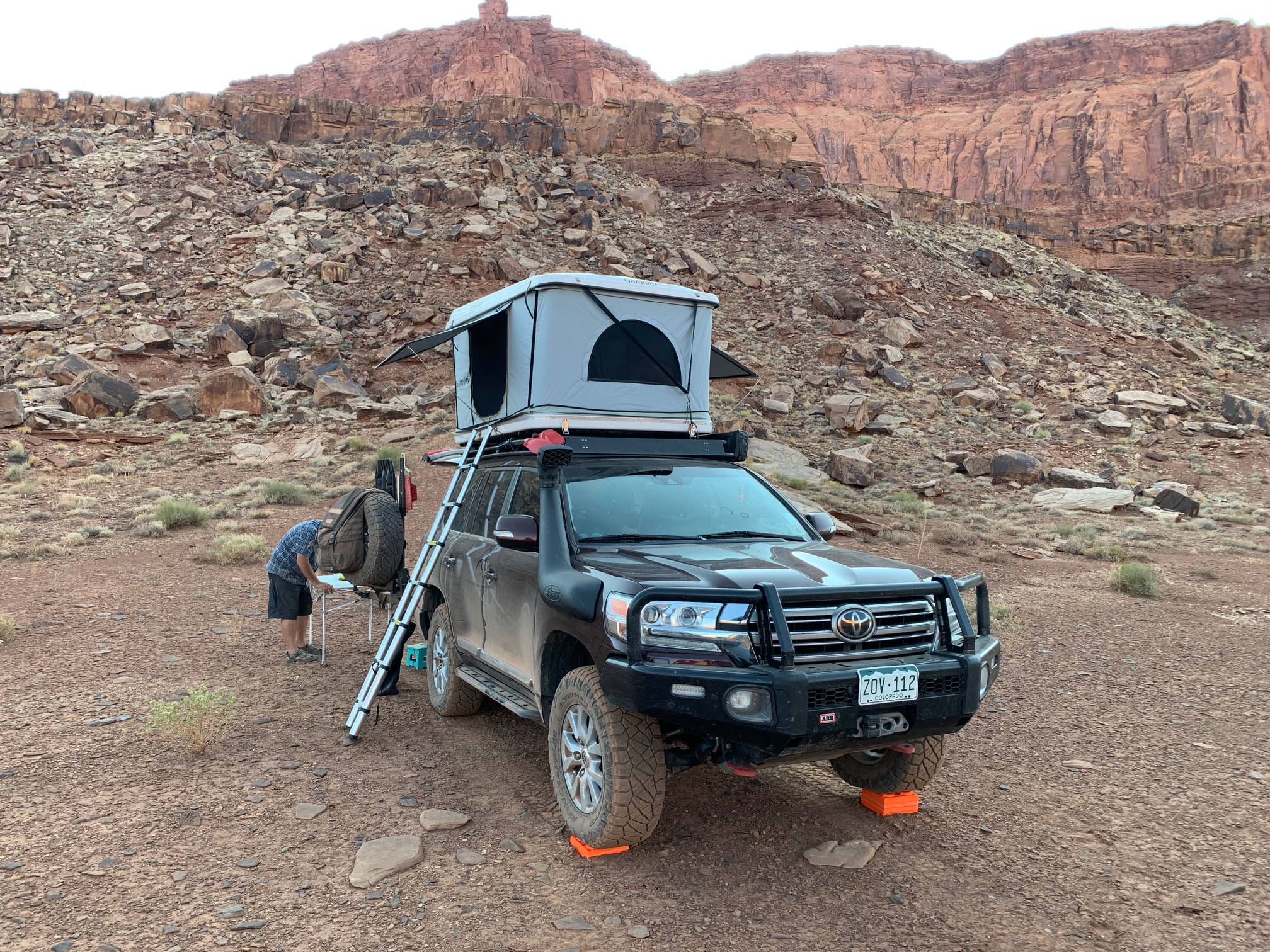 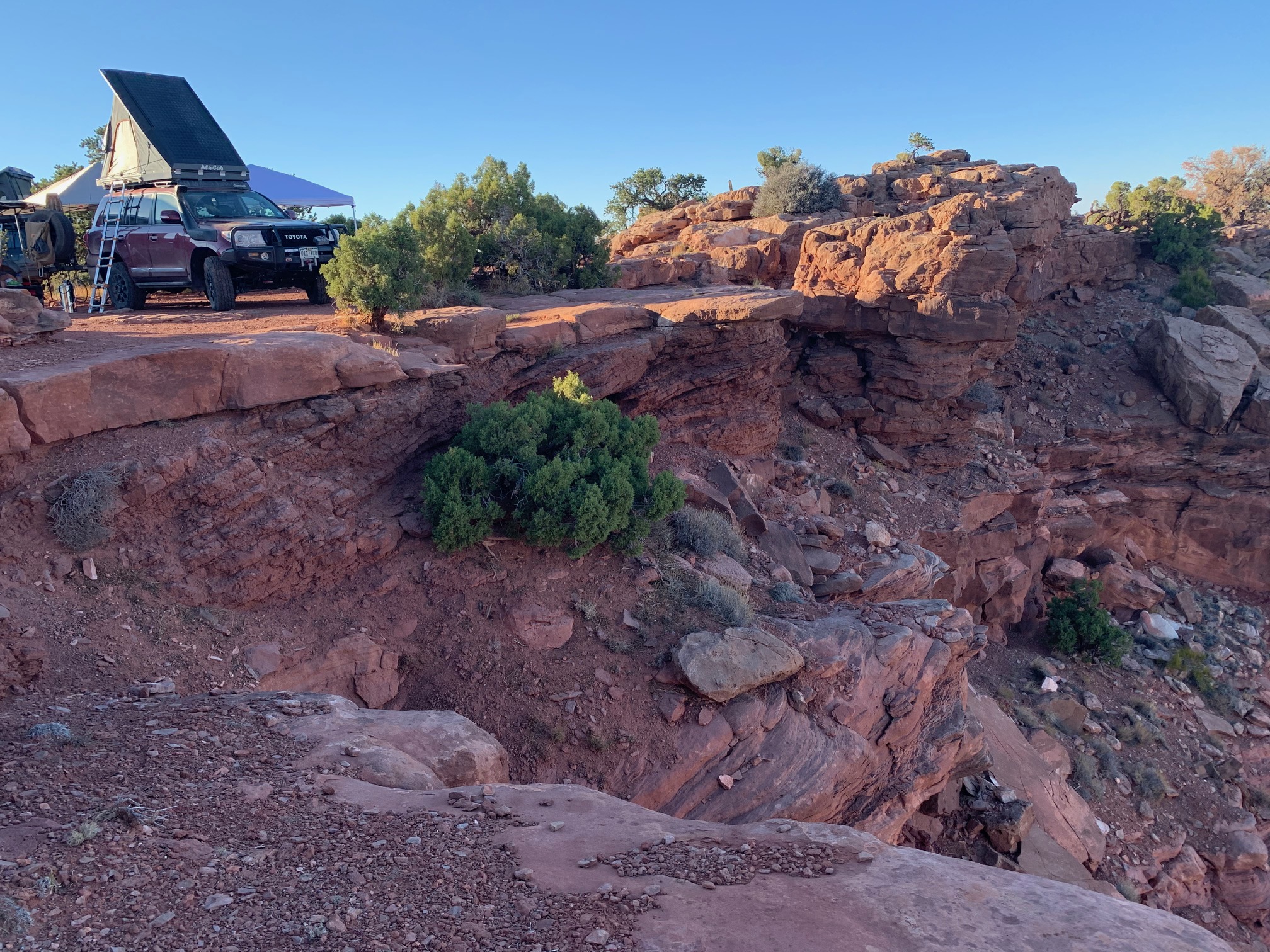 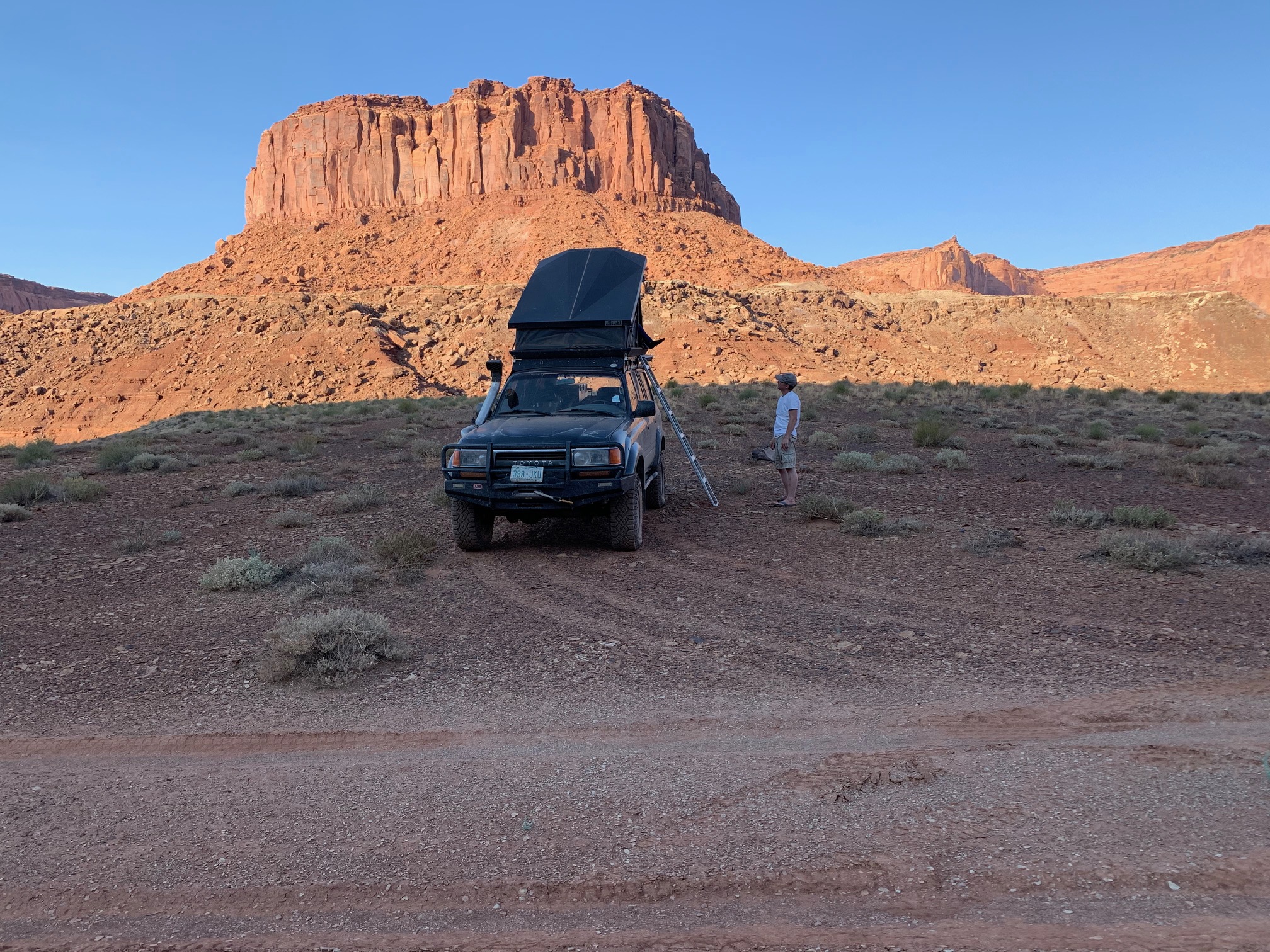 And the dry Dirty Devil behind us. We also ran into Dave Conners from Wasatch Cruisers at a Gas Station in Hanksville. It was nice to catch up with him 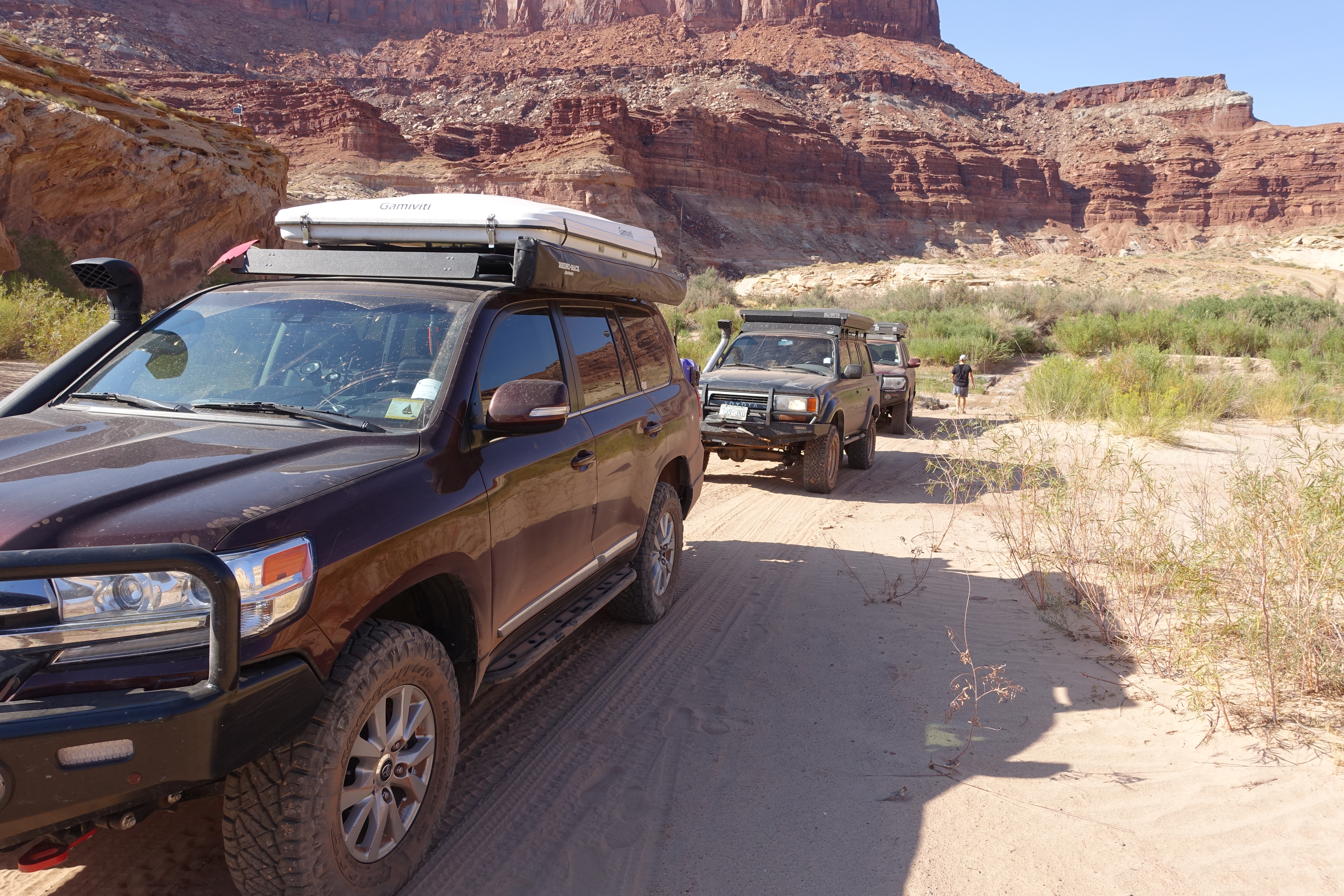 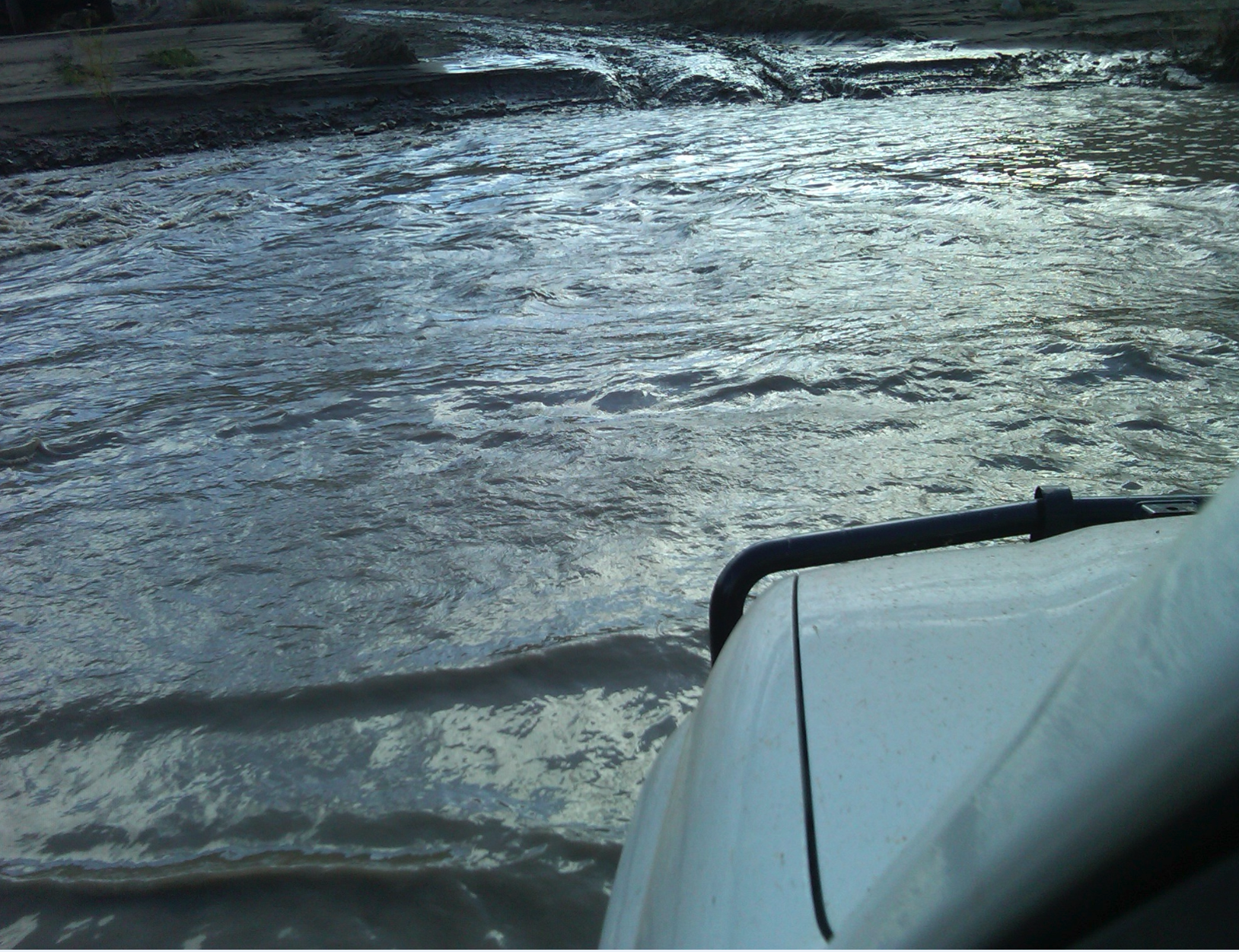 and this photo by Wes 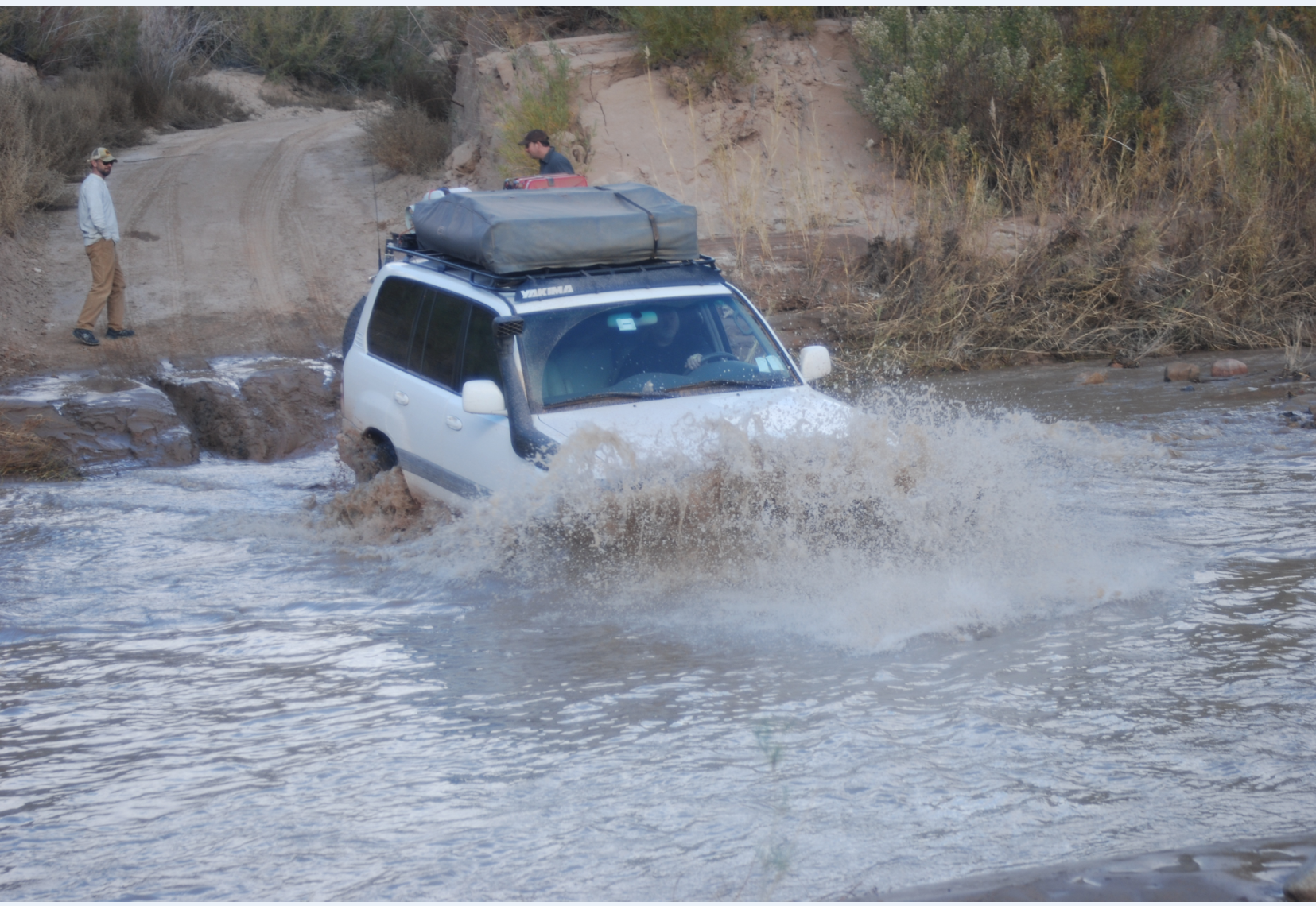 LARGEONE said:
Did you guys have to fight off the RingTailed Cats at Dollhouse? Man, the last time I was there, they were climbing all over the top of my truck and they got into my truck and ate an apple and left it on my driver seat! Those suckers are persistent!
Click to expand...

A lesson learned, if you are going to eat fish for dinner, have a sealed bag to toss the remains. The smell the next day of the Trasharoos was potent
Ken Romer - K0ROM
14 URJ200
73 FJ40
16 Kimberley Karavan
2019 BMW Z4

I'm glad I'm not the only one learning odorific lessons in that area.
Nic Jones - KEØUBA
TLCA#24787
1989 4runner - "Charlie"
1992 FJ80 - "The Beast"
1999 UZJ100 - "Storm Trooper Cruiser"
"I feel sorry for people who don't drink. When they wake up in the morning, that's as good as they're going to feel all day."
You must log in or register to reply here.
Share:
Facebook Twitter Reddit Pinterest Tumblr WhatsApp Email Share Link
Top