I mean "we have the power" to fab anything honestly.....

How about a new mount bracket for the actuator to move it up higher? Would that clear the head? 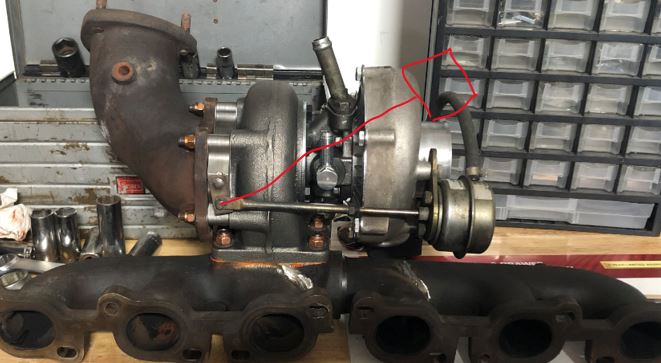 Here’s a couple pictures to show the setup. A new bracket and bent rod would probably work. 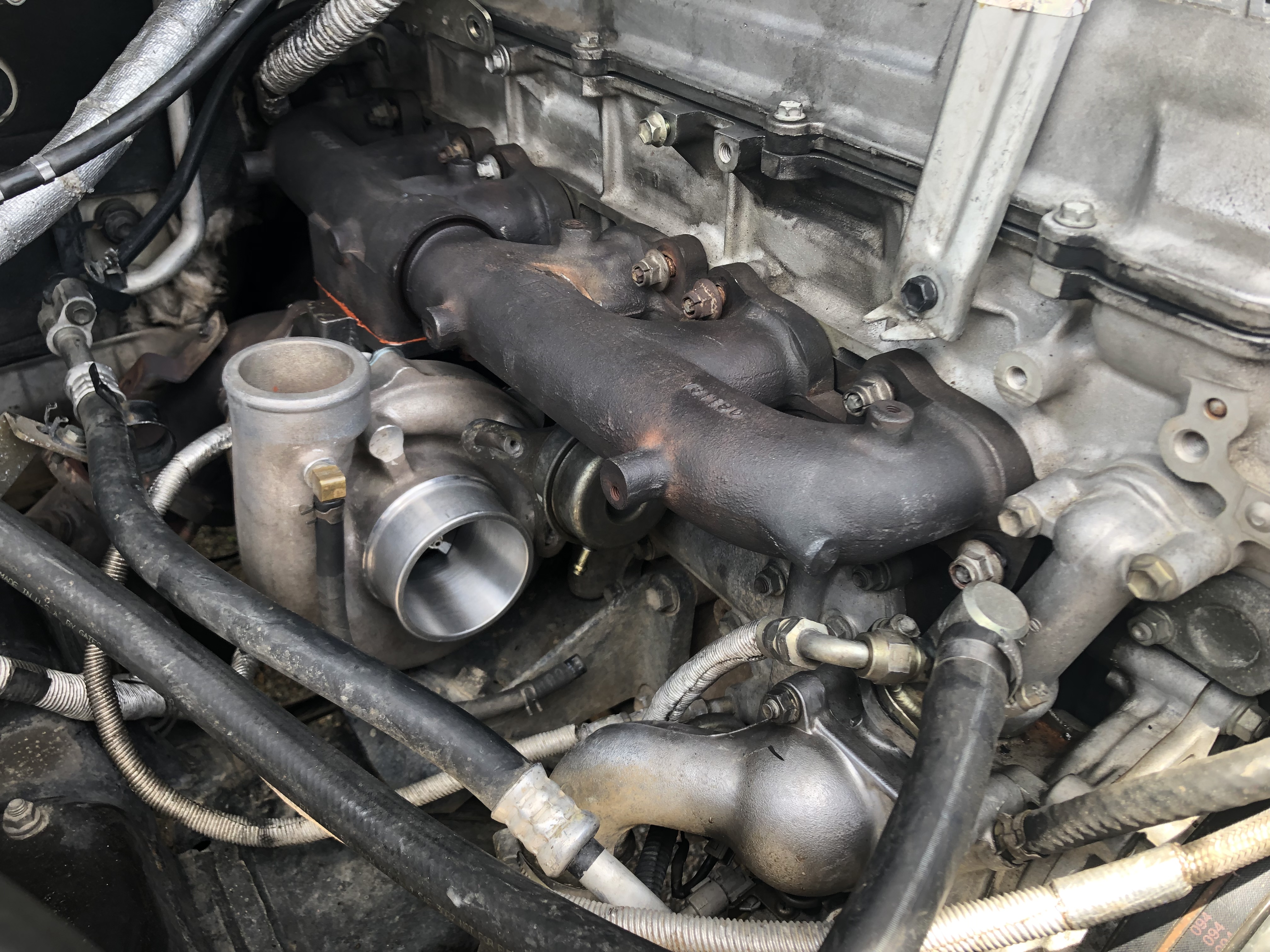 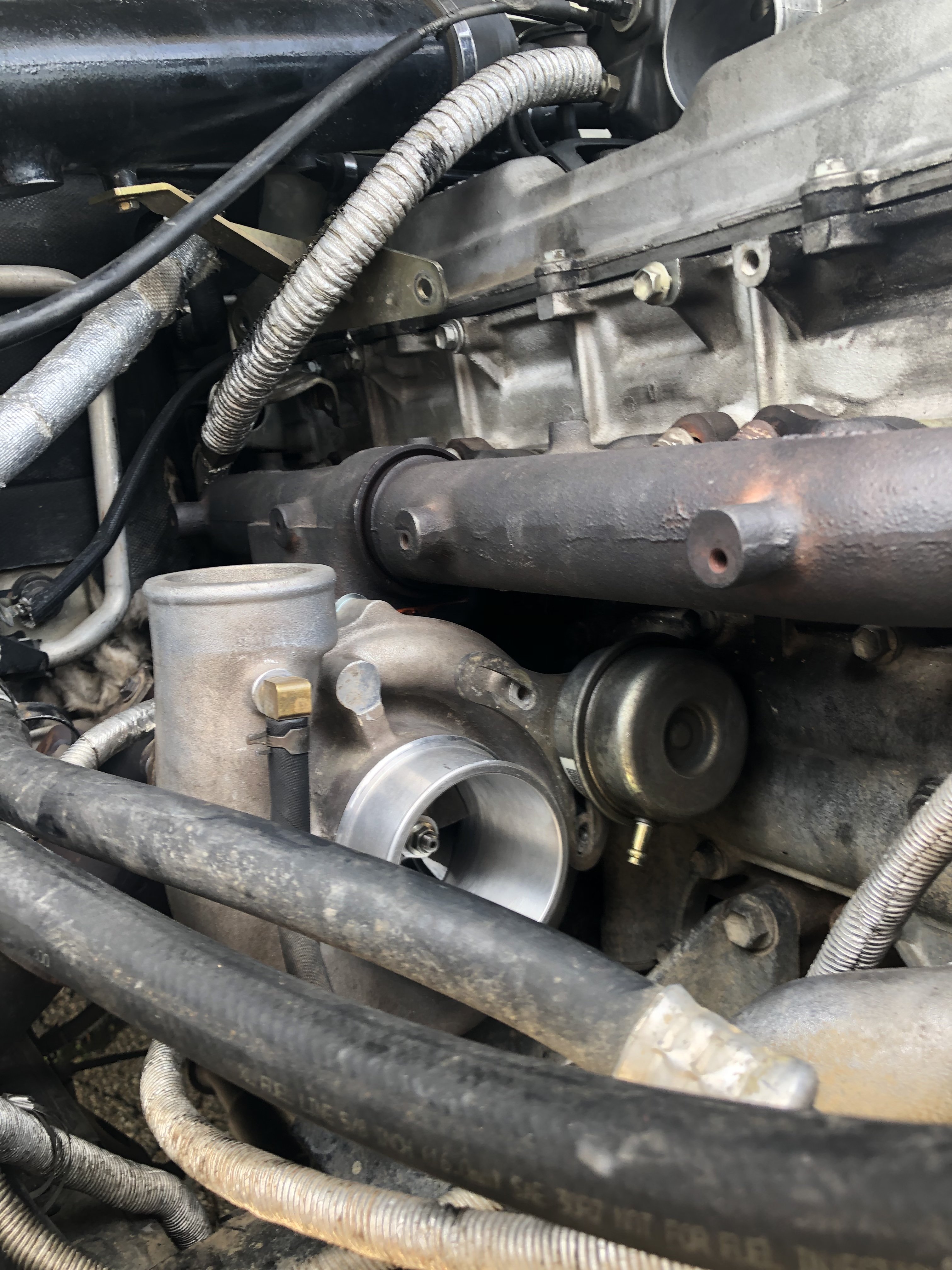 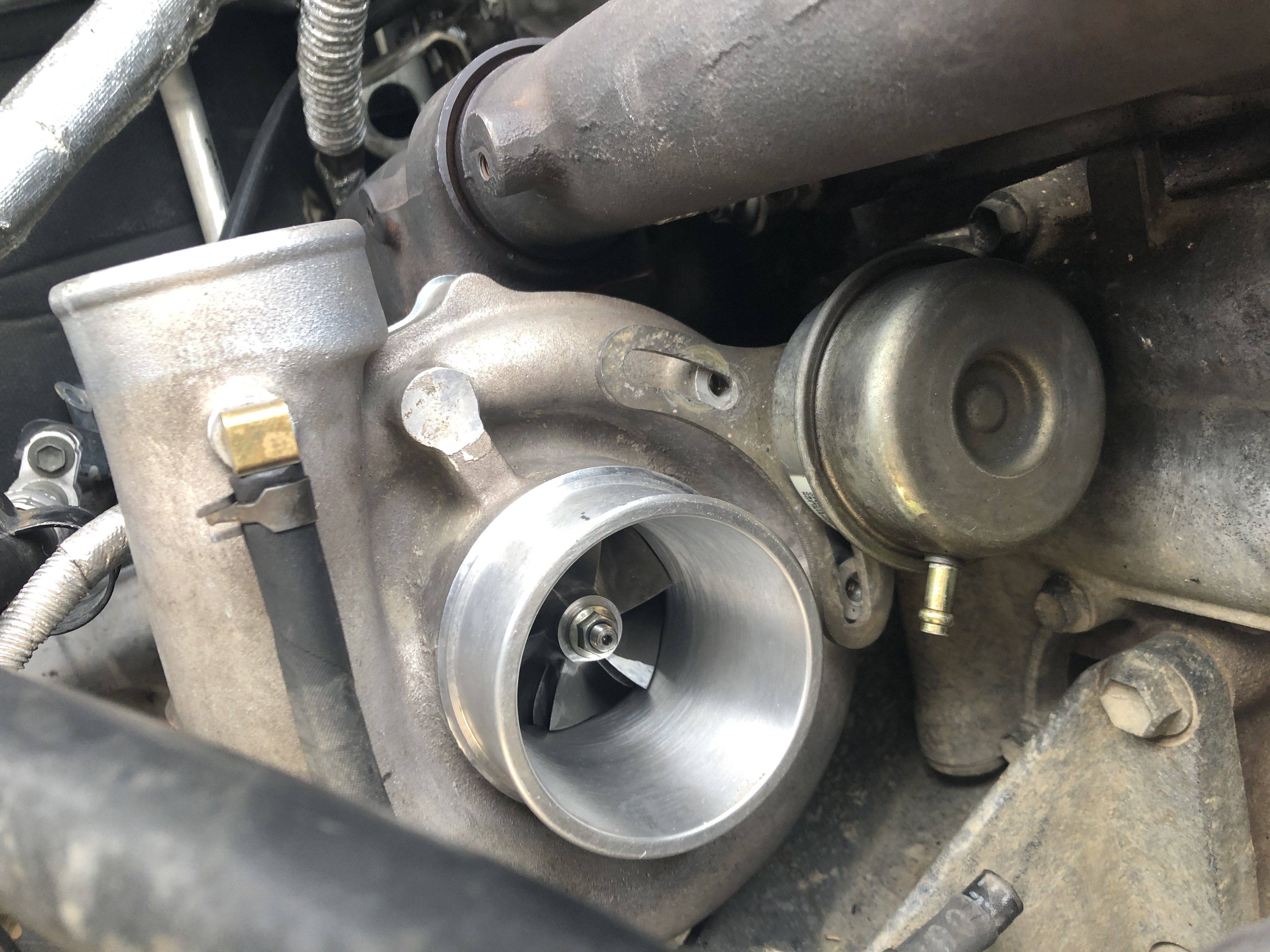 Since this is our daily driver and this problem has been lingering on for too long already, I have decided to punt and to steal the turbo off the green truck for the immediate future. Kind of a sad picture but kind of a cool picture 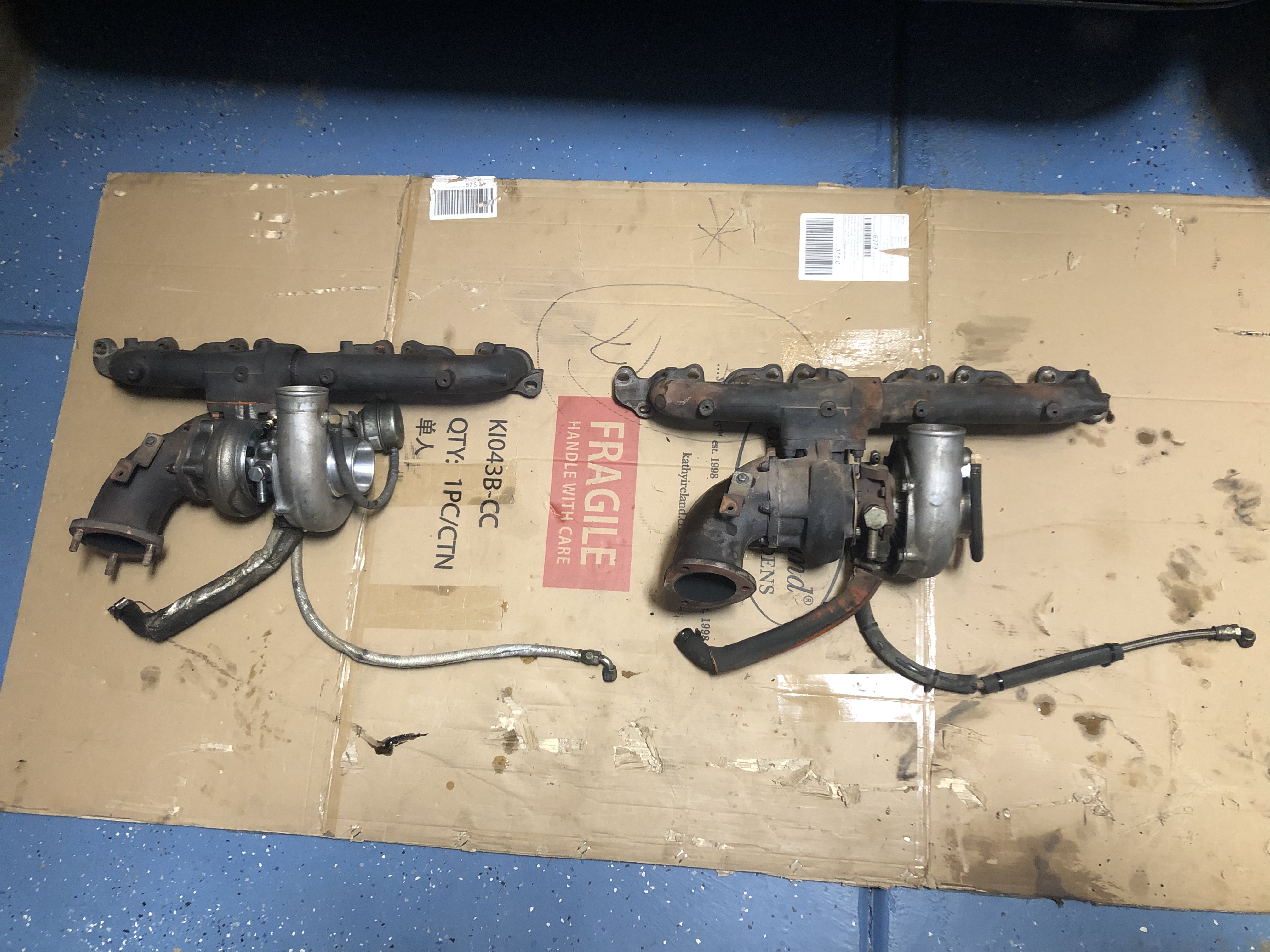 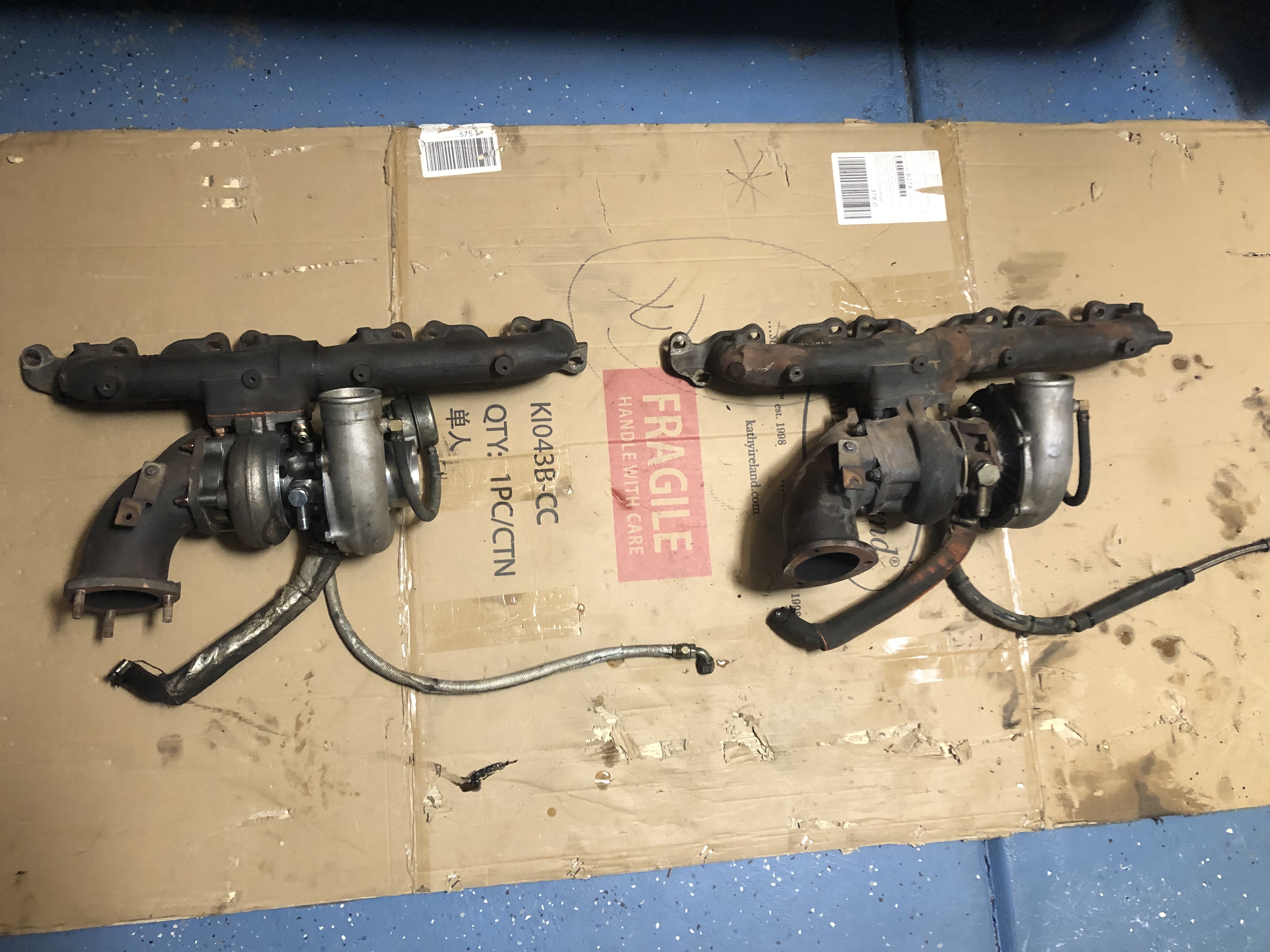 Stayed up late last night to get the swap completed. She’s purring today. New cap, rotor, plugs, belts, fan clutch fluid, and EGR VSV while I had it apart. 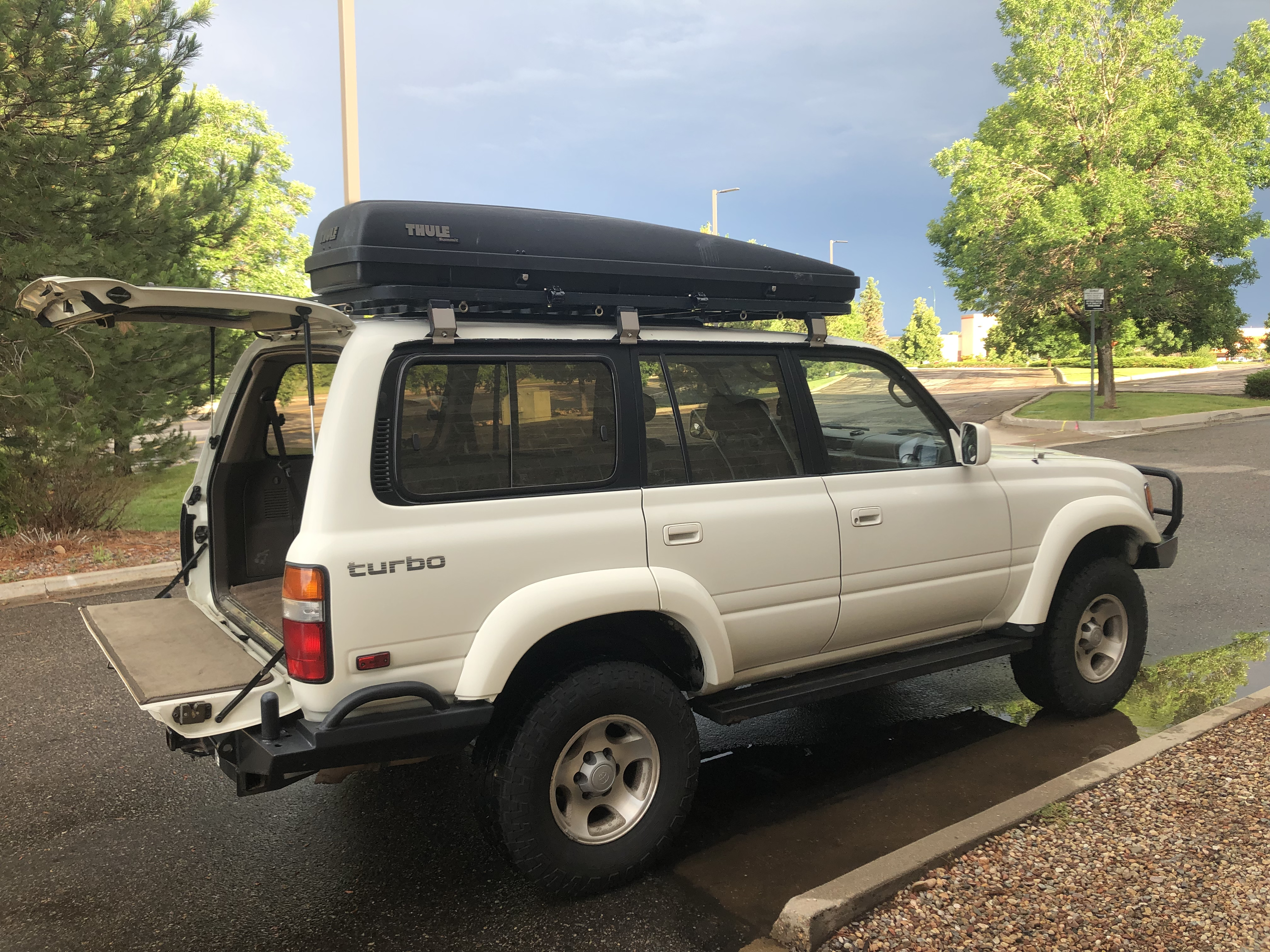 Found a thread on MUD where another guy had the exact same failure. He thought it was from playing too hard in the sand dunes. I’m thinking there is a shelf life to these components. He welded his manifold (and it looked better than the welds mine has) but it cracked again, so he ended up with a turbo glide manifold. I think one (or two) may be in my future.
Matt Miller TLCA# 13684
1977 FJ40 2F "Brahma" + Lockright, tach, Warn 8274, FJ60 Power Steering, no more Sanden OBA (factory emissions), so Puma OBA

OK, Well, good news it seems other than the possibility for more cracking again.. at least a path forward on the actuator and maybe even anoteh manifold should this one kick the bucket again.

Sick at it, or, just give me the truck, offer still stands.

Update here. So like I said above I swapped the good turbo from the green 80 to be on the white 80 so our DD is up and running again. Green 80 has been sitting for months while I’ve been taking a break, dealing with the new house, and figuring out my next step since the actuator was causing a problem. Got a new actuator that’s been sitting in a box waiting.

So getting back into putting the rebuilt turbo onto the green 80. Took pictures of the valves on the green LC for comparison with the pics from the white earlier in this thread. No streaking but some stem seal leaking. About 215,000 on this original engine and it’s had a turbo on it for 100,000.
#1 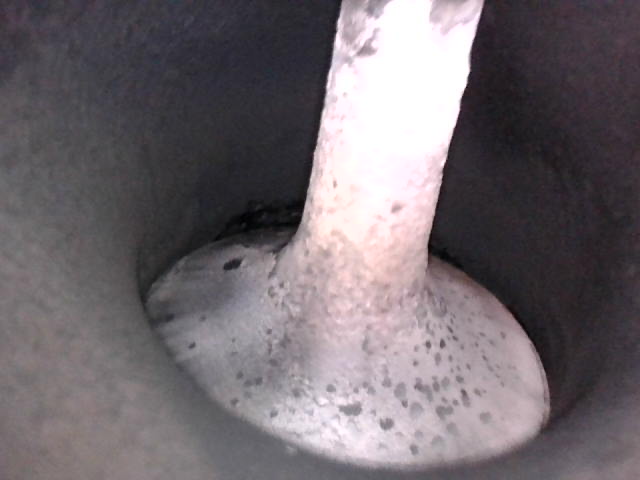 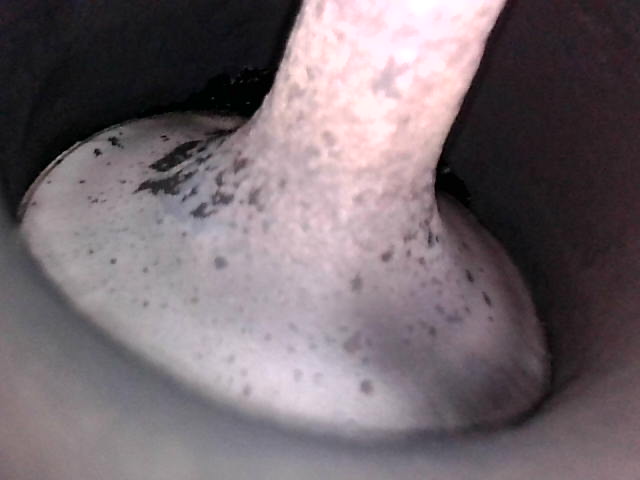 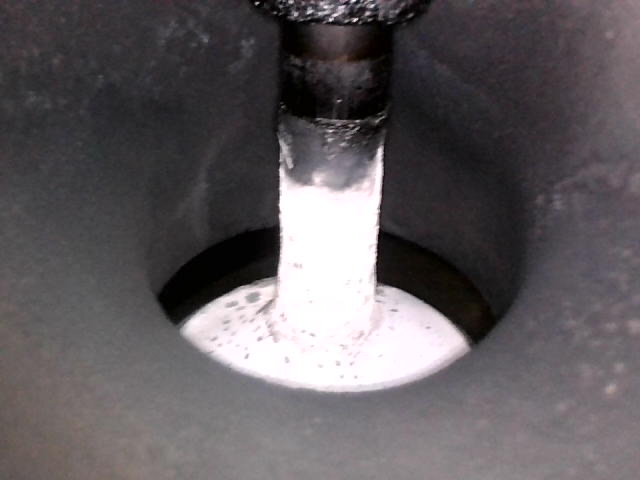 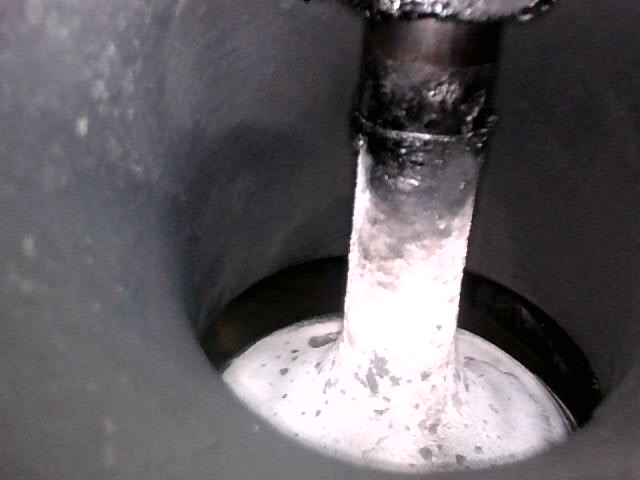 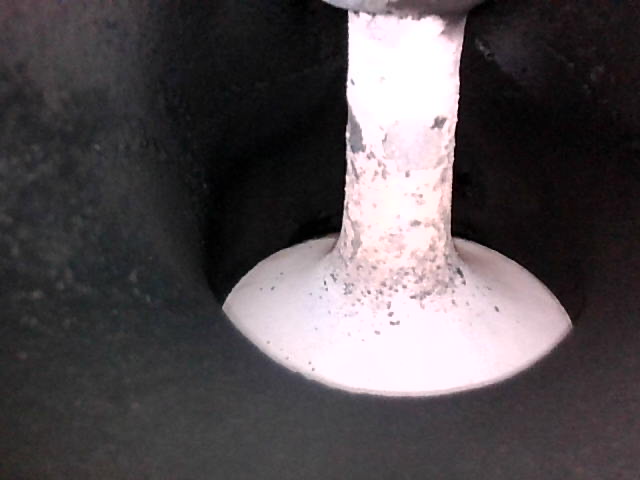 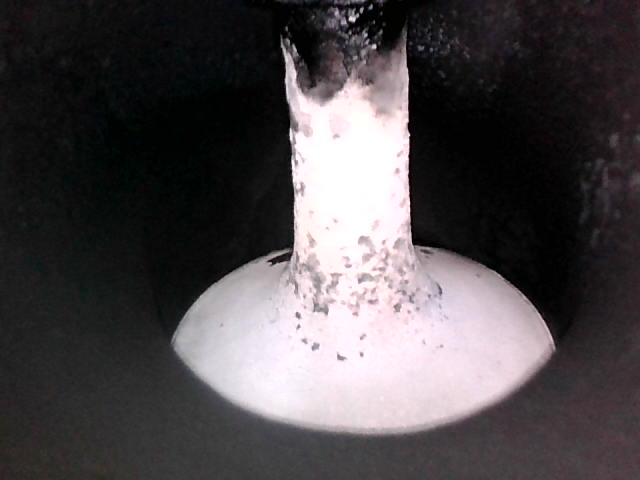 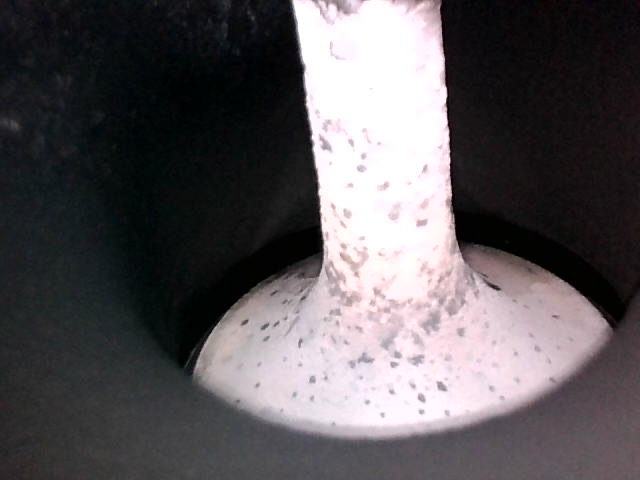 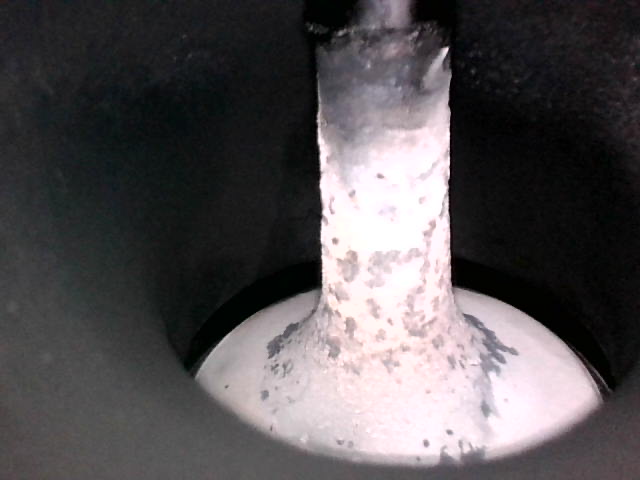 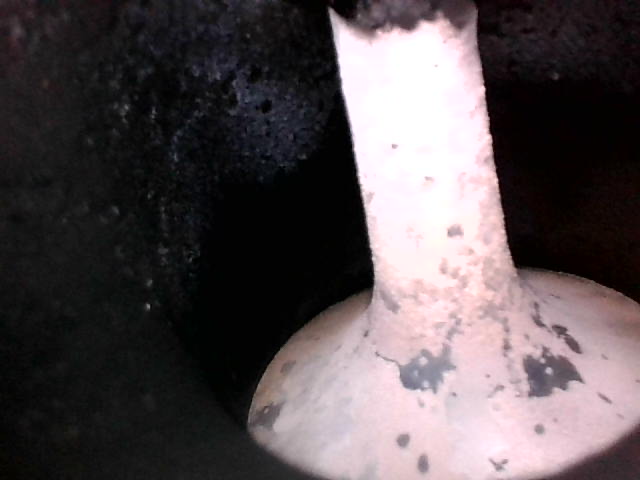 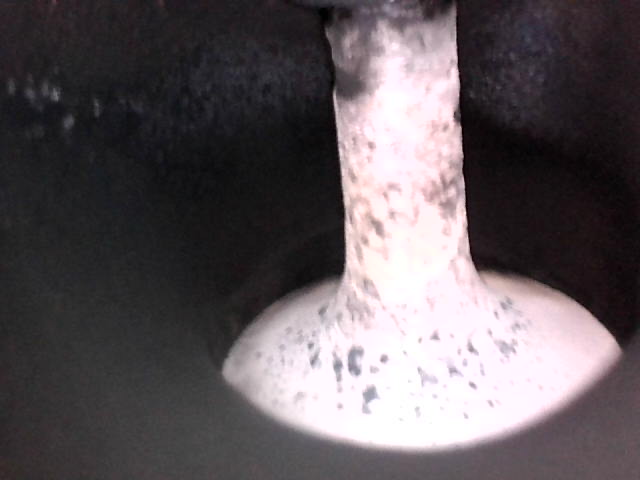 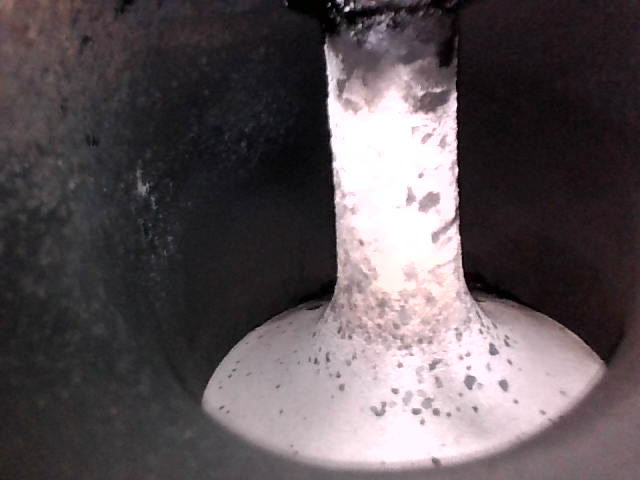 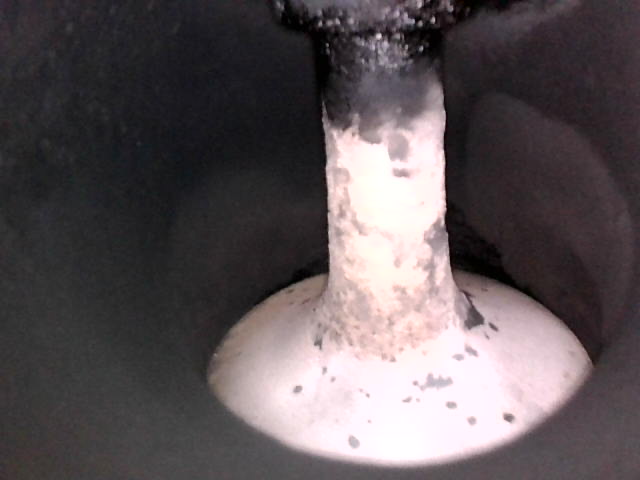 Ok, so while in the middle of this, I started chasing a vibration and growling coming from the white 80. I have a separate thread that goes into my diff swap adventure. Long story short I stole even more parts (front diff and steering knuckle) off the green 80 to make the white 80 whole. Then I had to get all the parts pulled together and put the green 80 back together. Upshot is that I needed to fix the leaky front pinion seal anyway (oil mess in pictures below). While I was in there I also did all new tie rod ends, which have been seized for at least 10 years.

But emissions was due in December and with January as my grace period, I pushed hard and got everything back together. Once the drivetrain and axle stuff was buttoned up it was actually very fast to finish up the turbo part of the project, at least to get it running again.

Had to drive to Scott’s with a 2” gap/offset from my new turbo to the old exhaust, which about did me in with CO, and my engine was super not happy since the O2 sensor was not getting good readings, but had him give me a whole new pipe all the way back, using my cats and muffler since they are still good.

A couple days after I got it back together I took it for a drive and boost got a little high and poof! All the sudden it started running with no power and almost stalling and fuel was pegged on rich. Turns out the charge pipe had popped off due to a bad hose clamp, and there was no longer a connection between the MAF and the engine. So what I felt was limp mode. Thankfully it was something simple but freaked me out because I had never experienced that before.

Actuator doesn’t seem to do anything-I think it’s bound hard on the turbine housing because of the lack of clearance with the block/oil cooler, which is causing it too much resistance to open. So I’m going to need to pull if back off at some point and figure out an alternate bracket solution or something. But for now it drives nice and I just have to watch the boost gauge and keep it from going to 11-mostly

Next up I still have to do the spark plugs, but more immediate I need to replace brake hoses and flush the brake system. And then put the new coil springs on it. 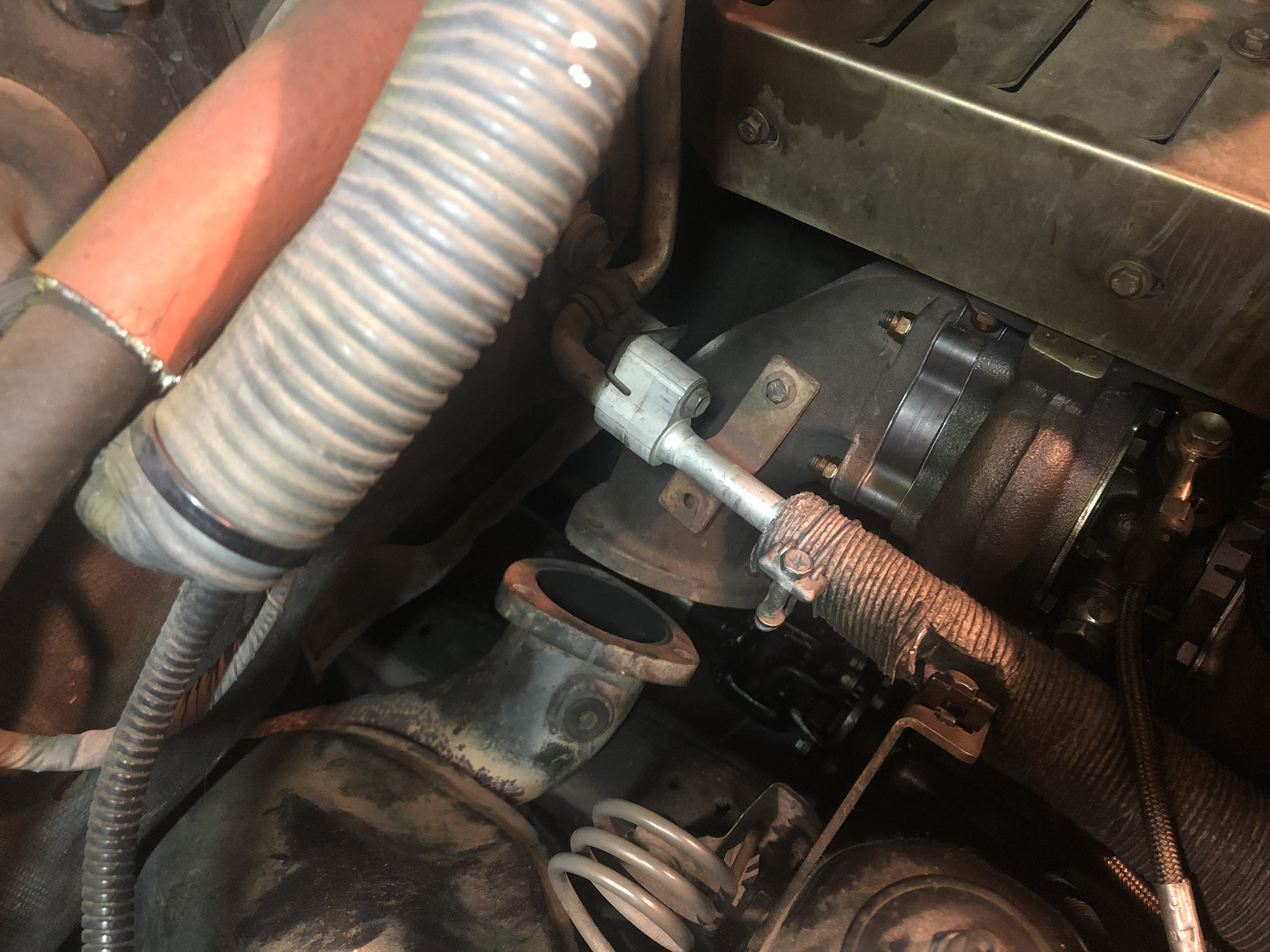 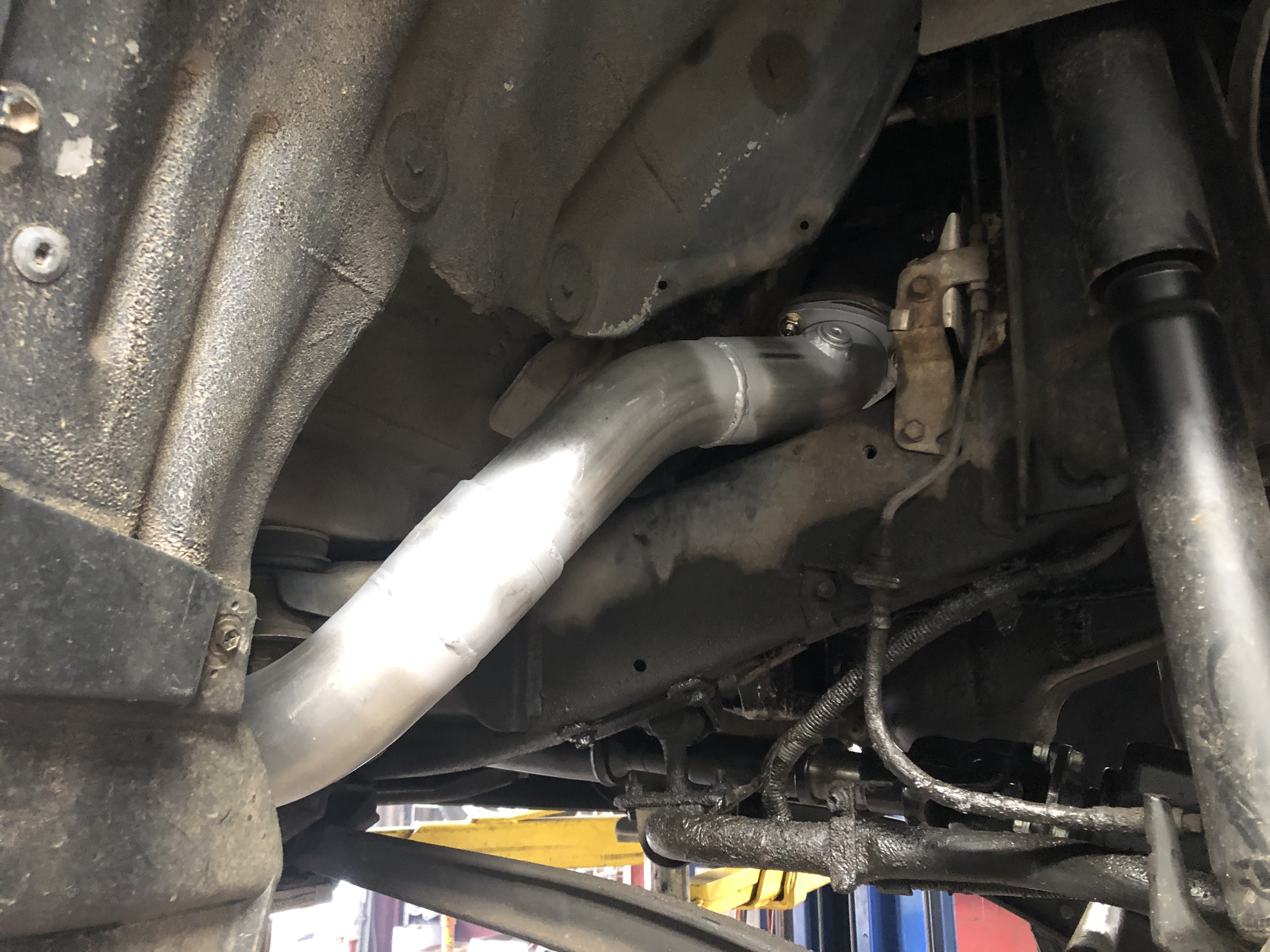 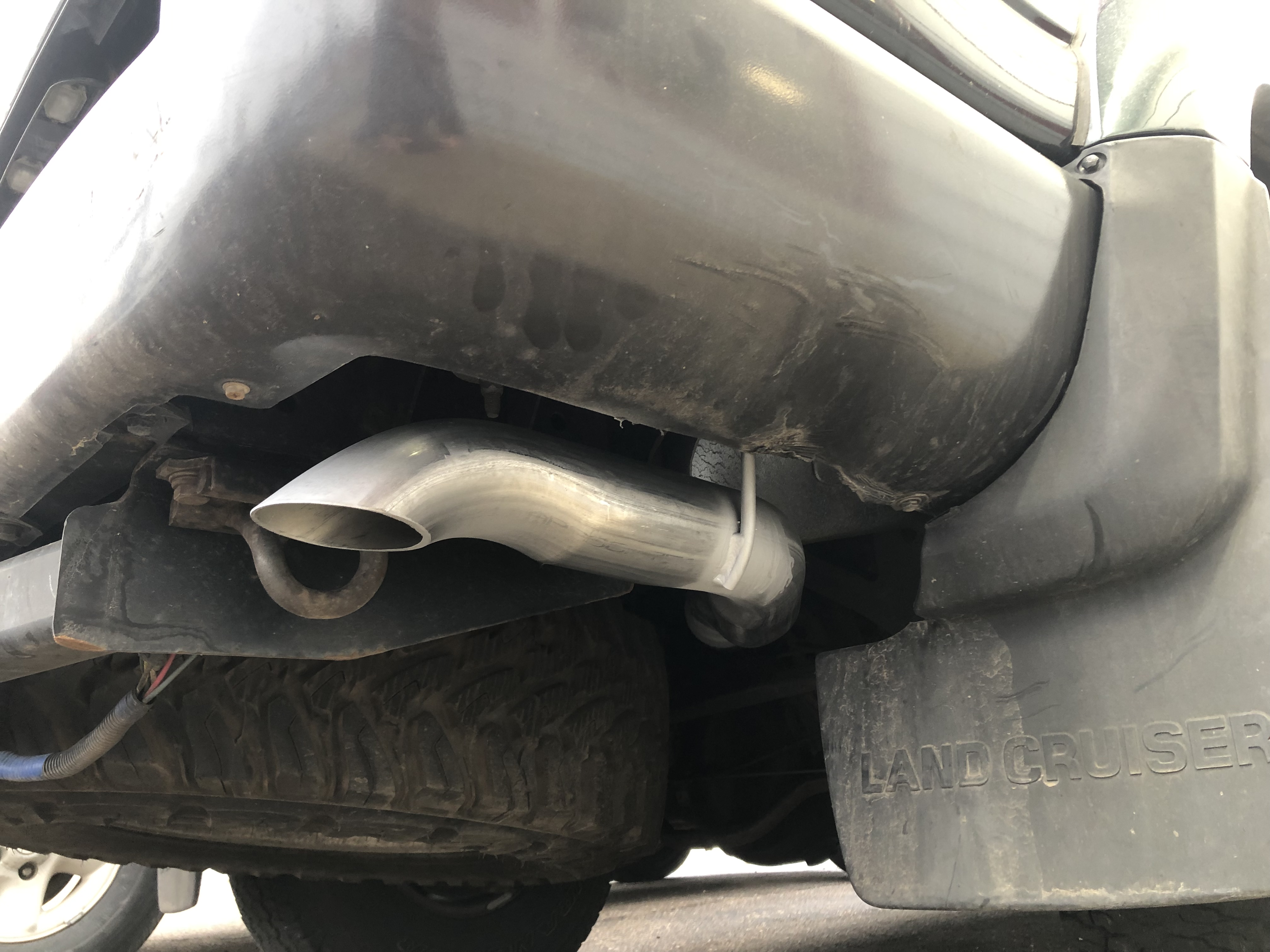 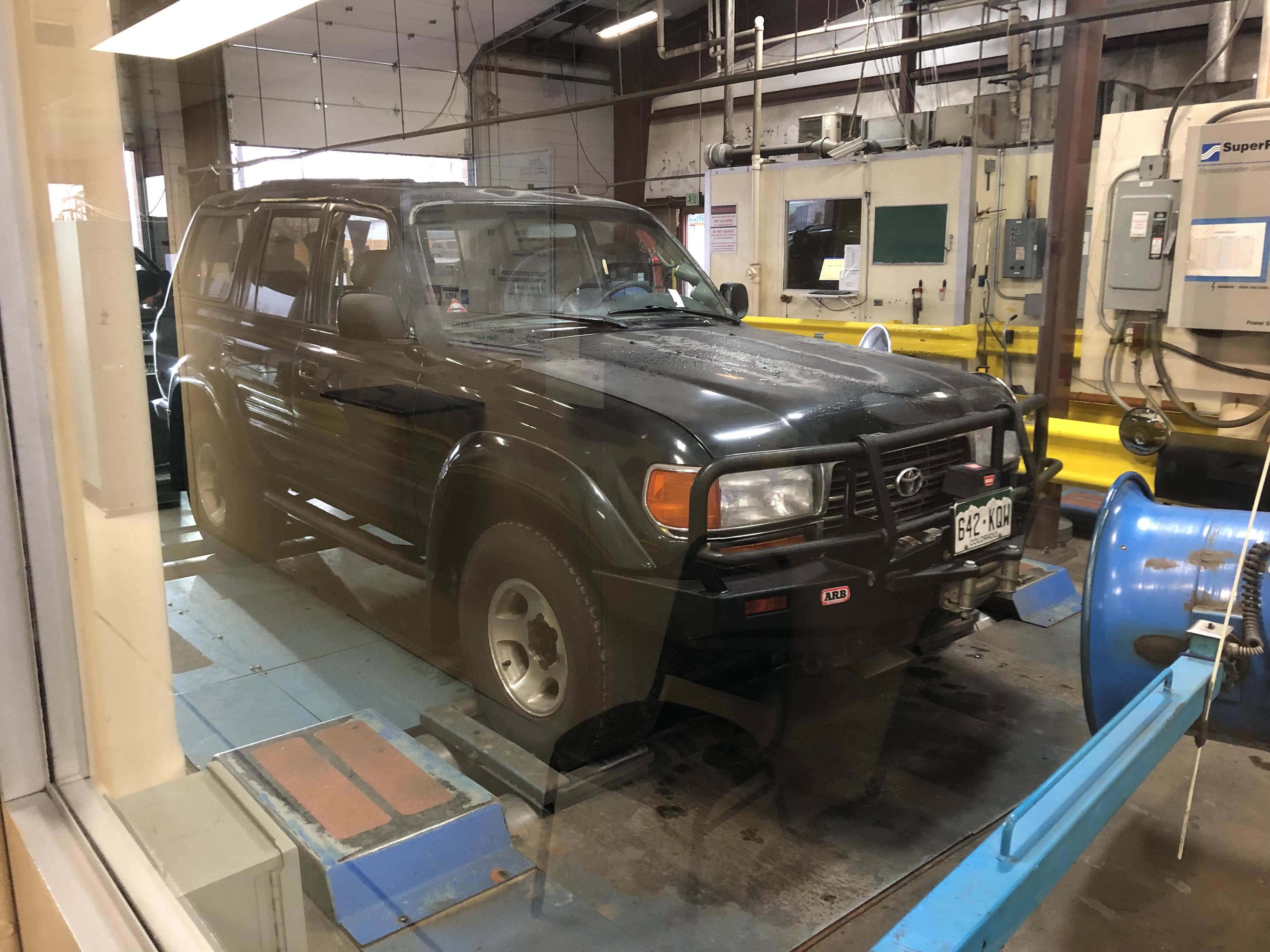 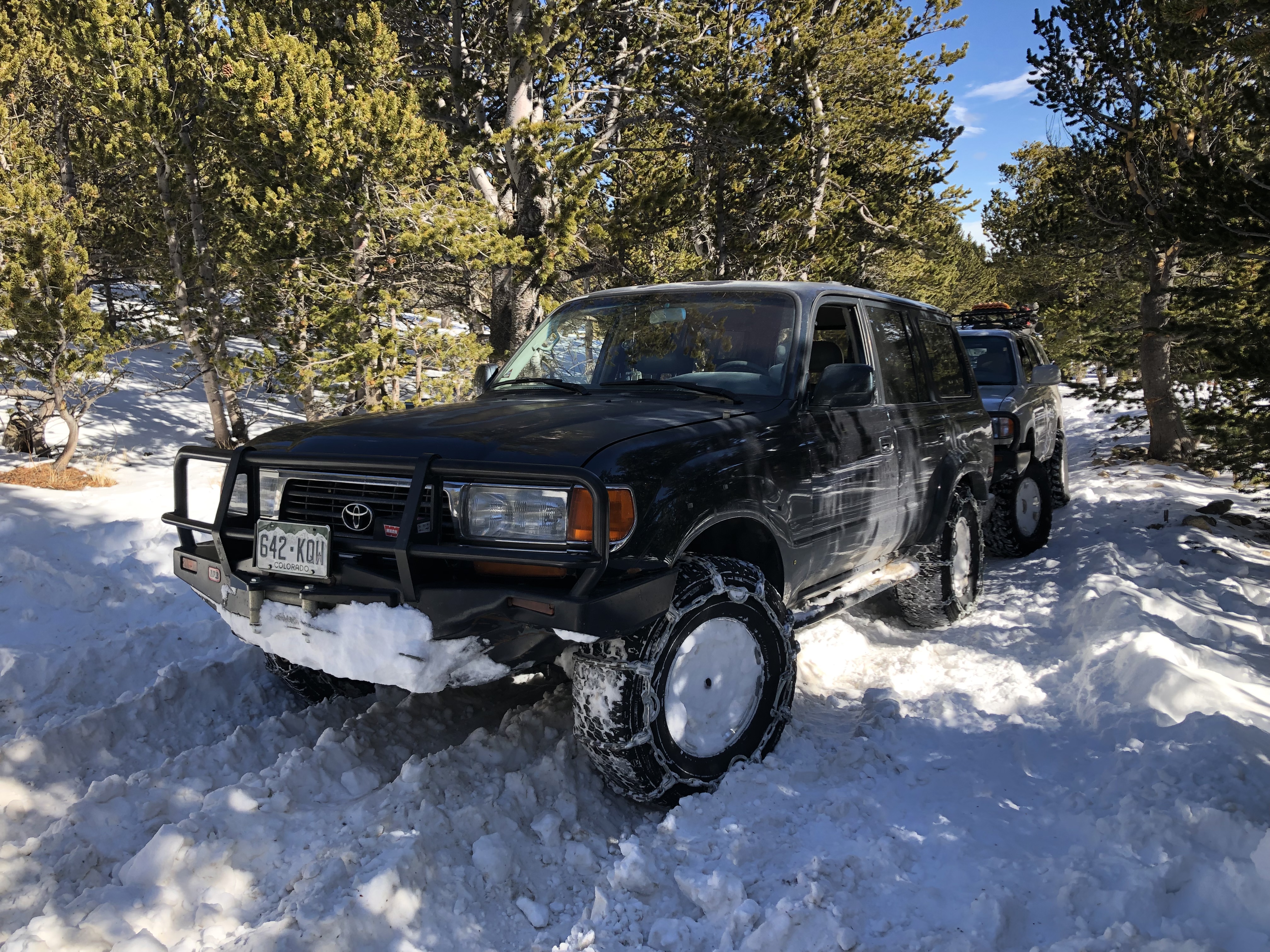 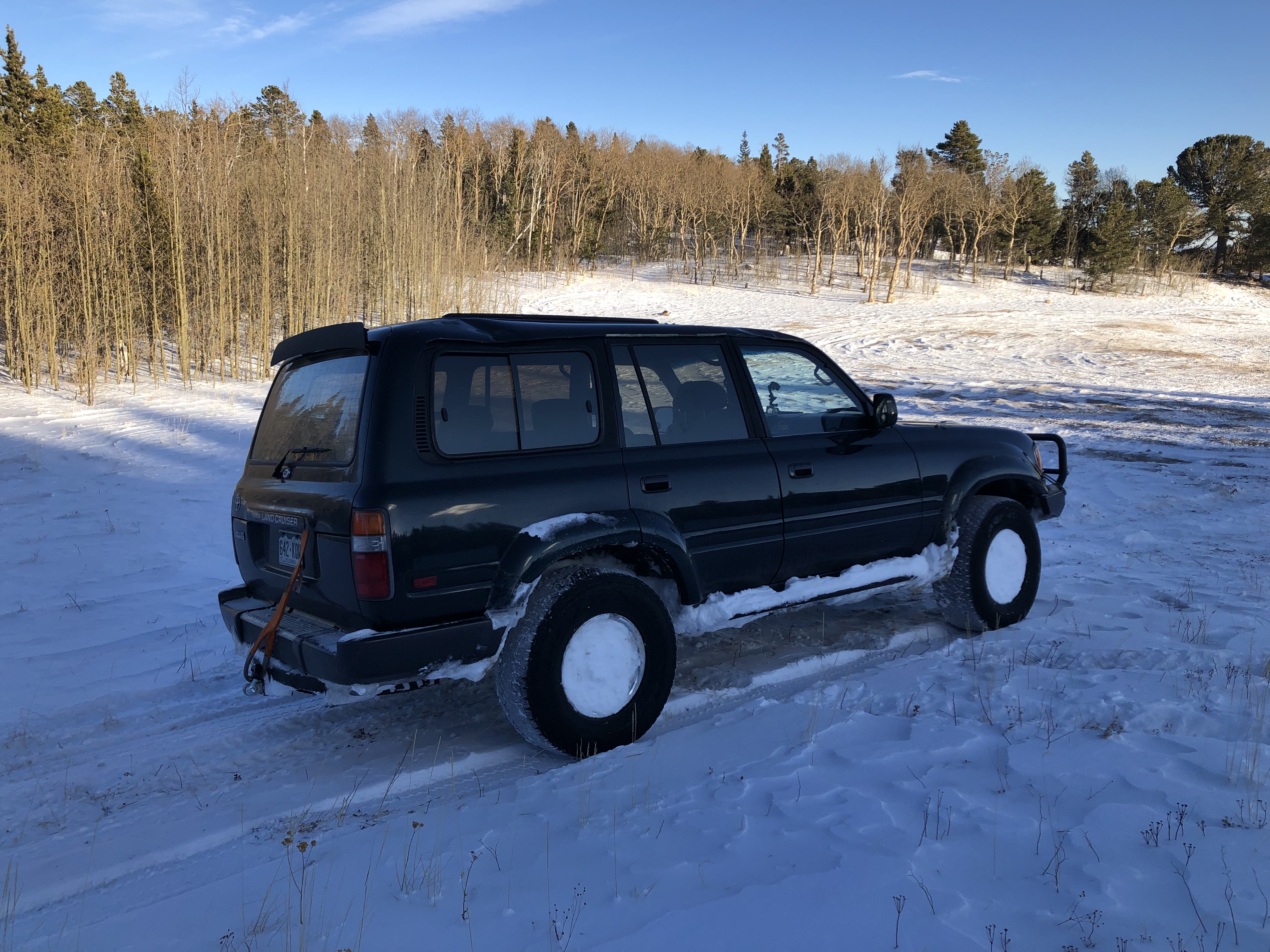 Got the extended brake hoses installed, brakes flushed, power steering pump rebuilt, and OME springs on! Special shout out to @RicardoJM and @IoN6 for the special help at two critical stages!

So tired of working on it, ready to just drive it! Drives so nice…got new tires that I’m supposed to put on the white 80.

Just have to decide which one to drive… 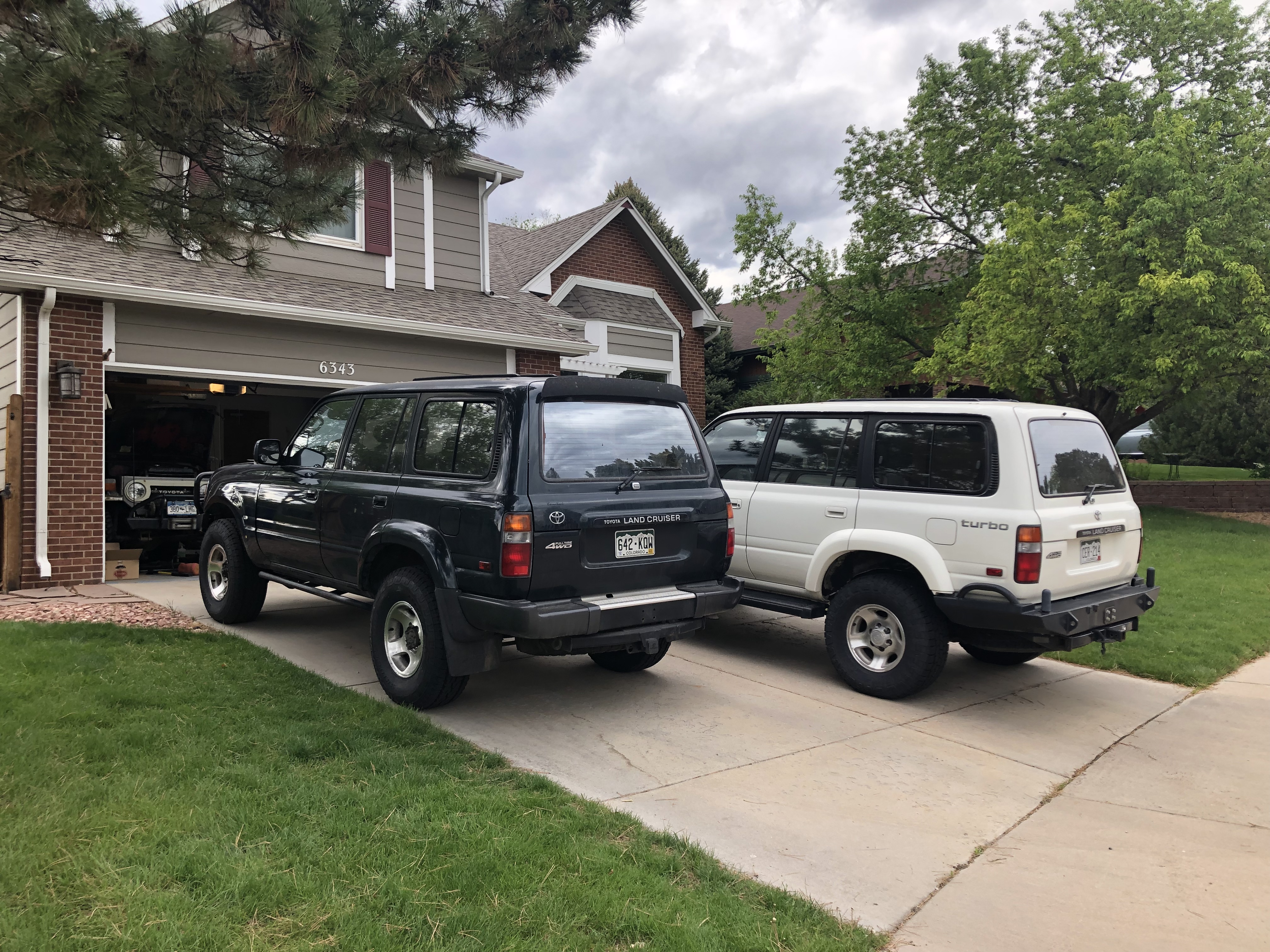 We need some videos from inside this thing when it comes on boost.
Jimmy
KD0QLU

J1000 said:
We need some videos from inside this thing when it comes on boost.
Click to expand...

But the sounds!
Jimmy
KD0QLU

I need to mount a camera out by the exhaust. @Inukshuk says it’s loud.

Damn, that thing is FAST! RPMs over 5K before shifting is impressive. Who'd of thunk an old straight six tractor engine was capable of such a thing?